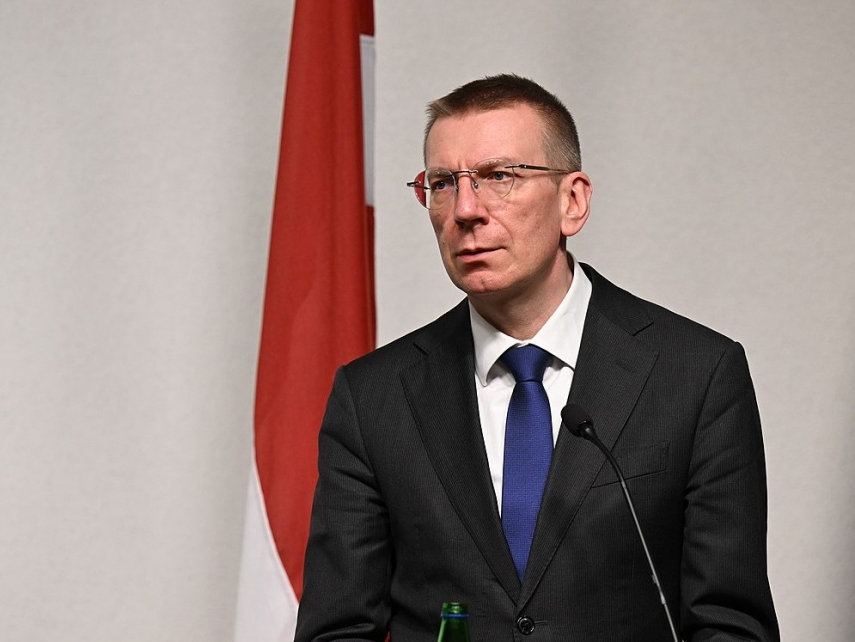 RIGA - Foreign Minister Edgars Rinkevics (New Unity) at a meeting of the European Union's (EU) Foreign Affairs Council on Monday called on the EU to adopt its ninth package of sanctions against Russia, LETA was told at the Foreign Ministry.

Rinkevics noted the need to urgently decide on further practical  assistance, including macroeconomic, to Ukraine and to develop long-term EU support systems.

The Latvian minister believes that it is necessary to urgently and inclusively develop a global coordination platform. Rinkevics voiced support for the EU Foreign Affairs Council's decision to launch the EU's Military Assistance Mission in support of Ukraine (EUMAM Ukraine) and for the approval of specialized allocations worth EUR 16 million under the European Peace Facility (EPF).

Rinkevics said that the EU must continue to exert political, economic and diplomatic pressure on Russia, including by adopting new sanctions. The minister indicated that as a result of Russia's full-scale invasion of Ukraine, the previous basis of EU-Russia relations has been lost.

"Returning to previous relations will not be possible, which is why the EU must change the paradigm in its relations with Russia. The EU policy must be based on deterrence, strategic independence from Russia and strengthening resilience. It is necessary to strengthen the resilience of Russia's neighbor countries," Rinkevics emphasized.