Rinkevics - concerns surround next flow of migrants to Europe 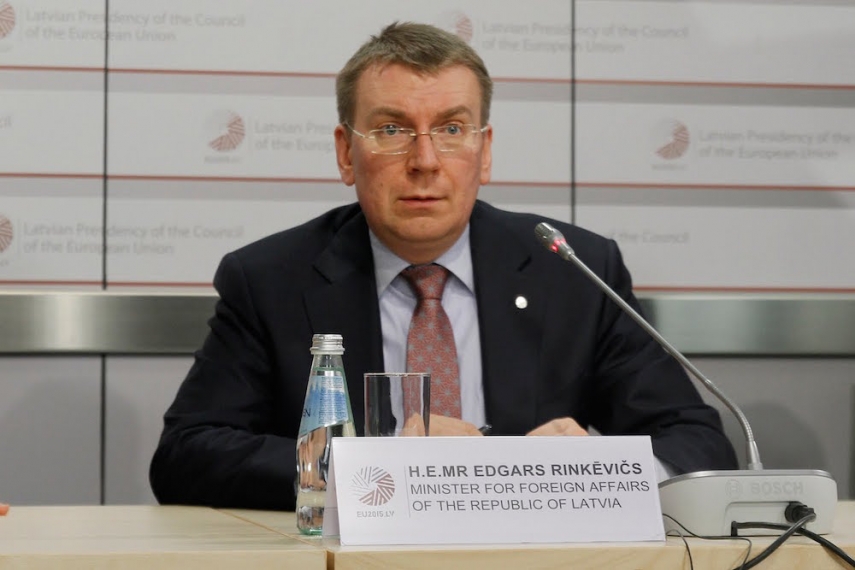 Latvian Foreign Minister, Edgars Rinkevics, told the country’s national television channel that there are concerns surrounding the flow of migrants to Europe, which will resume in spring 2016.

The minister said that the resume in flow would mean major problems for the European Union’s southern member states.

Commenting on the plan to introduce mandatory admission quotas, Rinkevics said that the best response to the migrant crisis would be stepping up the protection of the EU's borders.

"At the moment there is no common understanding of how the EU's external border should be guarded,” said Rinkevies. “Talks are currently under way about a common EU external border guard service.”

He added that there is still no unanimity whether this service should be enforced to guard the borders of a member state unwilling to admit the EU border guards.

Rinkevics also indicated that Latvia's position remains unchanged, and that it is still against the mandatory refugee admission quotas.

The foreign minister also called for reaching an agreement on Latvia's next government as soon as possible so that the country has a prime minister with a clear and strong mandate before the next meeting of EU heads of state.

According to the data of the EU's border agency Frontex, over 1.2 million illegal immigrants arrived in the EU in 2015.