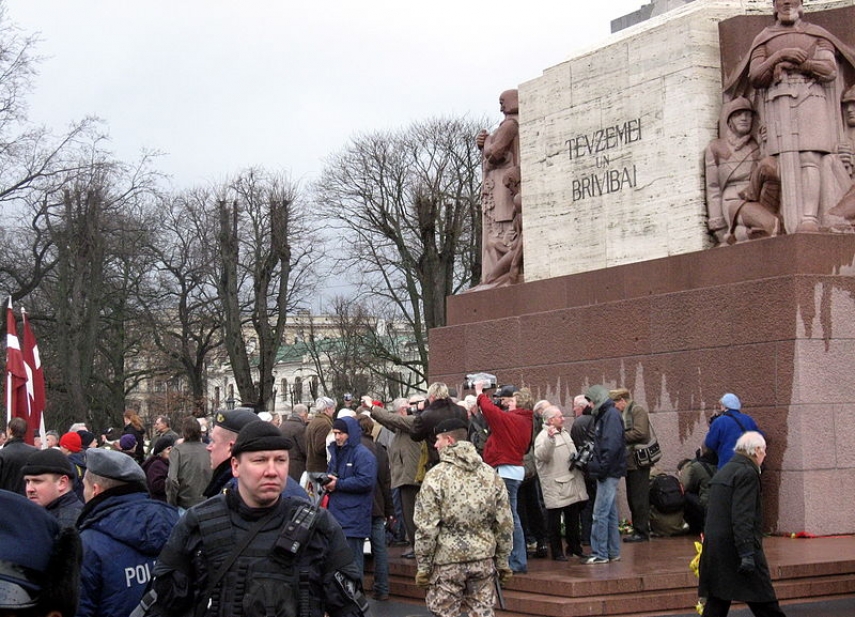 RIGA - The Riga City Council has authorized all public events planned in the Latvian capital on March 16, the date when Latvia remembers its Legionnaires or the Latvian soldiers, who served in the Latvian Waffen SS Legion and fought on the side of Germany in World War II.

However, organizers of one of the events have been told to alter the plans.

The city council said it had fully authorized the events planned by Daugavas Vanagi patriotic organization and the Society for Support to the National Soldiers.

But the organization called the Latvian Anti-Nazi Committee, which traditionally organizes anti-Legion events on March 16, was told that it could not hold its protest demonstration at the same venue and at the same time as the two above organizations, who will be commemorating the Latvian Legion at the Freedom Monument in the Riga center in the first half of the day.

The city council told the Latvian Anti-Nazi Committee that it must change either the time or location of its demonstration so that it would not overlap with any of the pro-Legion gatherings. The Anti-Nazi Committee has not yet decided what it will do.

The March 16 Latvian Legion Day is the day of remembrance of Latvian Legionnaires. Latvian Legion Day was established in exile by the Daugavas Vanagi association. March 16 was chosen as the most appropriate date because on March 16, 1944, both divisions of the Latvian Legion fought alongside for the first time against the Red Army. It was the only battle in World War II led solely by Latvian commanders.