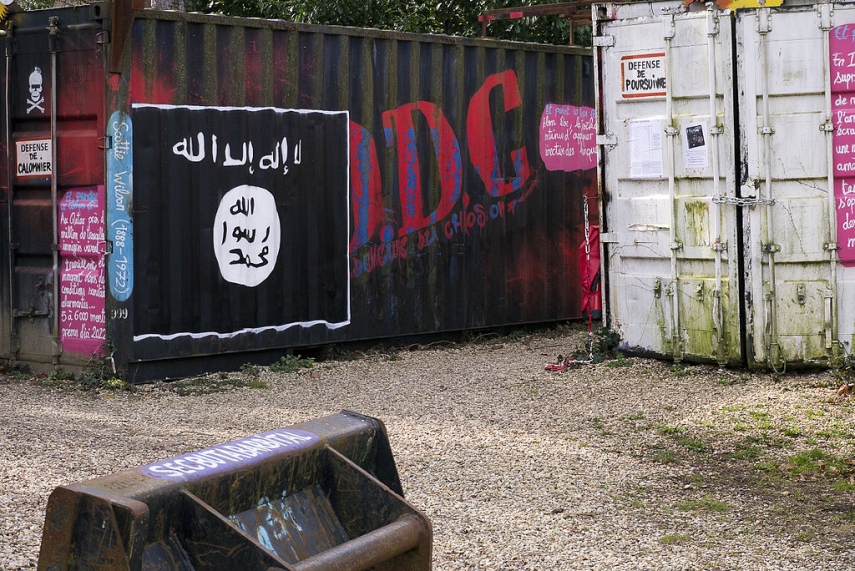 TALLINN – Residents of Estonia consider the activities of the Islamic State and migration of refugees and asylum seekers to Europe to be the biggest threats to global security, it appears from a recent survey commissioned by the Ministry of Defense.

The sense of threat of the residents of Estonia has slightly decreased compared to the results of the previous survey carried out in fall of last year, it appears from the "Public Opinion and National Defense" survey ordered by the Ministry of Defense. Compared to last fall when 66 percent of the respondents predicted an increase in instability, the number of people who sense a threat has somewhat decreased— 61 percent believe that the situation will become more unsafe, 10 percent think that the world will become safer in the coming decade and 22 percent find that the situation will remain unchanged.

Those conducting the survey highlighted that the sense of threat of non-ethnic Estonians has decreased from 57 percent to 46 percent. The respective change is marginal among ethnic Estonians, a decrease from 70 percent to 68 percent.

The respondents were asked to assess the effect various factors have on peace and security in the world. The top five of the most important factors has remained unchanged. The relevance of a potential global economic crisis and Russia's attempts to restore its authority in its neighboring countries has grown compared to the previous survey. In the previous survey, the topic of Russia was considered among unlikely threats, yet now it has once again become relevant.

The most important threats pointed out by the respondents are the activities of the Islamic State and terrorist networks, but both of these threats are considered more unlikely than in the previous survey: 56 percent consider the Islamic State and 53 percent terrorist networks a certain threat, while the indicators last fall stood at 60 percent and 61 percent, respectively.

The migration of refugees and asylum seekers to Europe are considered a threat to world peace by half of the respondents. A year ago, 57 percent believed them to be a certain threat, but now the figure has dropped to 50 percent.

The option of North Korea's activities in building a nuclear weapon was included in the survey last fall when it ranked fourth on the threat scale. However, since then, it has shown a slight decline, with 50 percent of respondents considering it a certain threat in fall 2017, while this year, the figure has dropped to 44 percent.

The relevance of the military conflict in Syria has remained unchanged throughout the last two surveys. However, it has shown a considerable decrease since autumn 2016, when 56 percent considered it a certain threat, while this time, the figure was 40 percent. Global economic crisis ranks sixth in this survey, followed by Russia's attempts to restore its authority in its neighboring countries.

Organized crime, the military conflict in eastern Ukraine and the global domination of the U.S. are considered a threat by 30 percent of the respondents.

The threat scale ends with global climate change, conflicts between rich and poor countries, China's growing global power and influence, and the spread of epidemics.

In general, ethnic Estonians are more likely to regard most global factors more dangerous than non-ethnic Estonians. The assessments given to the activities of the Islamic State are similar, but Russian-speaking residents tend to rank the activities of terrorist networks, organized crime, the global influence of the U.S. and the spread of epidemics higher on the threat scale.

The greatest difference occurs in the assessments given to Russia's activities to restore its authority in its neighboring countries. Estonians regard this threat equal to the activities of terrorist networks and North Korea's nuclear weapon and rank it in the fourth place on the threat scale, half of Estonian-speaking respondents see it as a certain threat, while Russian-speaking respondents place it last with 10 percent.

A public opinion survey on the topic of national defense was ordered by the Ministry of Defense and carried out in March of this year by pollster Turu-uuringute AS, during which 1,209 residents of Estonia over the age of 15 were questioned. This was the 43rd survey within the framework of the public opinion monitoring series, which first began in January 2000.