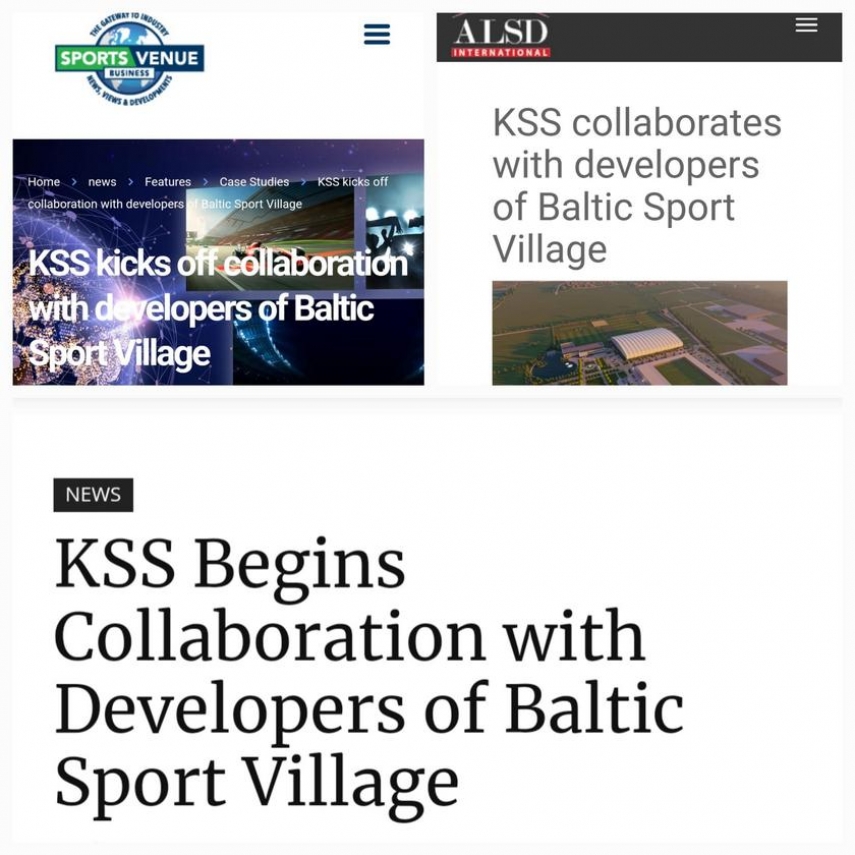 SIA Baltic Sport Group, a co-operation partner of the three-time Latvian Premier League champion Riga FC, developing a sports infrastructure project in Piņķi is cooperating with the leading European sports facilities designer KSS, whose leading architects and designers have participated in the extension of the legendary Liverpool football club Stadium Anfield, which is one of the largest arenas in Europe.

KSS plans to complete the stadium in Liverpool by 2024, increasing its total capacity from 53,000 to 61,000 spectators and thus making it the fourth largest stadium in the Premier League.
KSS has recently completed the new Leicester city training base infrastructure project with a 180-acre master plan and seven buildings, 14 full-size training grounds, a show area with a covered tribune and a full-size covered area.

Currently, KSS with its extensive experience will also participate in the construction of the infrastructure facility in Latvia.

It should be noted that reputable British media, such as alsdinernational.com and sportsvenuebussiness.com, as well as mondostadia.com, as well as media of other countries also write about this cooperation. Considering the scope and modernity of the project and compliance with the highest quality requirements, it receives positive feedback.

In developing the conceptual design of the Baltic Sports Village project, KSS has drawn inspiration from the Krasnodar Stadium Park in Russia.

According to KSS, Latvia could become the leading Baltic state in the provision and availability of elite football training centres and stadiums, which could also promote the overall development
of football in Latvia.

“These facilities provide Latvia with the infrastructure for further development of both domestic and foreign talents. The development of projects such as Baltic Sports Village is the main starting point to help Latvia achieve this goal,” believes KSS.

As it is known, SIA Baltic Sport Group in Piņķi develops and creates the largest and most modern private football sports base in the Baltics, in the construction of which it is planned to invest a total of 50 million euros. The base named Baltic Sports Village will be not only a place for training and games for both young and experienced Latvian athletes, but also an opportunity for holding competitions and training camps for foreign club participants.

The project in Piņķi is the first facility designed by KSS in Eastern Europe, but the company has completed several international projects, including in Le Havre, France, a stadium in Haifa,
Israel, as well as projects in Slovenia, Belgium, and Portugal. "We are also delighted to have been involved in the designing of Ahmed Bin Ali Stadium in Al Rayyan, Qatar, which will be
the central location of 2022 FIFA World Cup next year," indicates KSS.