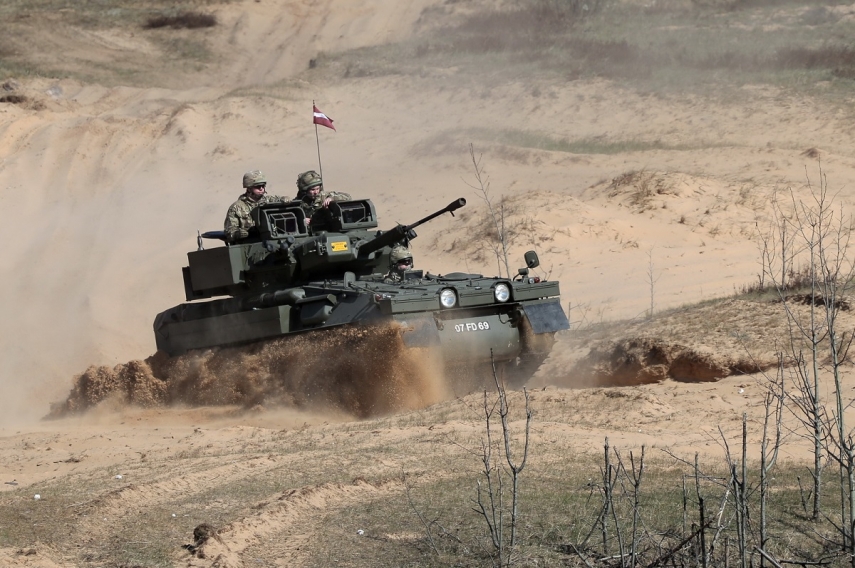 RIGA - Repairs of the armored vehicles (Combat Vehicle Reconnaissance Tracked or CVR(T)) supplied to the Latvian army are still conducted in the UK instead of Latvia, De Facto, analytical news program of the Latvian Public television, reported on Sunday.

When Latvia launched the large-scale army mechanization project, the goal was set to engage the local industry as much as possible. Still, even today, most serious repairs of the armored vehicles are not conducted in Latvia.

Five years ago, Latvia and the UK agreed on supply of 123 British CVR(T)s to Latvia. Currently, the everyday maintenance of the vehicles is conducted by the Latvian troops, but for more serious repairs parts are sent to the British company. "Of course, the process takes weeks, not days," said Latvian army representative Andzejs Zarakovskis.

British company BAE Systems, now renamed to Rheinmetall BAE Systems Land, by the end of 2016 had to select a Latvian company that would be able to ensure the same level repairs in Latvia. The assessment took a while, and only in July 2018 an agreement has been signed with Zemgales Remonta Centrs (ZRC) on potential cooperation. The company's financial director Ivars Ozolins said that so far ZRC has not been engaged with repairs of the armored vehicles.