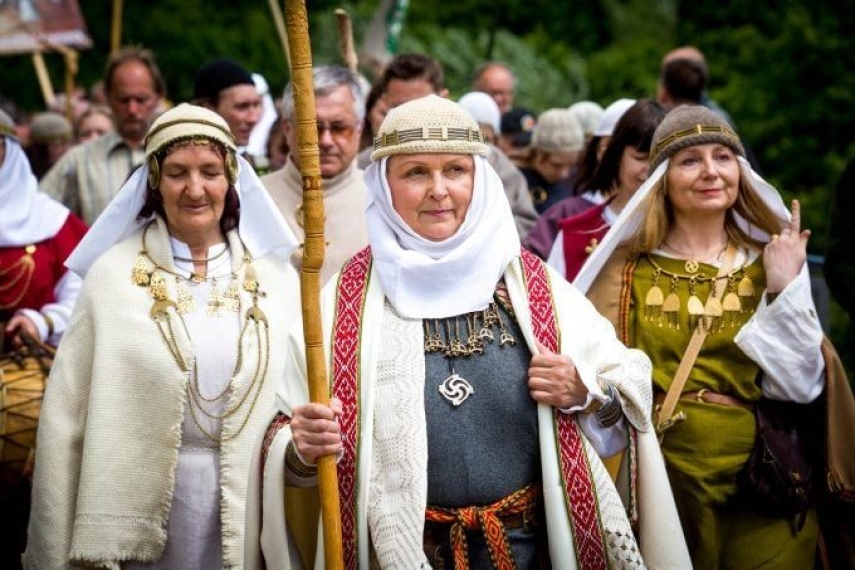 "As the holidays approach, many still remember the stories of people celebrating religious holidays in hiding, with their curtains closed during the Soviet times. The Soviet government's hostility to religion may be interpreted in various ways, but it is important to emphasize that it was a political regime whose hostility toward religion came primarily from the state's desire to control and subordinate all religious organizations for its own purposes, although freedom of conscience was not officially forbidden," says VMU Professor Milda Ališauskienė, who, together with her colleagues, conducted a study on religious minorities in Soviet Lithuania.

According to her, the Chronicle of the Catholic Church and other historical sources testify to people’s efforts to maintain their faith and its practices during the Soviet era, and reveal the obstacles they faced. "We are interested in the relationship of religious minorities with the state and society in the Soviet period and in modern Lithuania; therefore, we set a goal to analyze the relationship between religion and the state as well as society in the Soviet era from a socio-historical point of view, that is., how it was constructed, how it influenced people's personal choices and what models of state-religion relations were transferred from the Soviet era to modern Lithuania," sociologist Milda Ališauskienė describes the aims of the research, adding that the study involved religious communities of Evangelical Baptists, Evangelical Pentecostals and Jehovah's Witnesses.

How was oppression and persecution of religious minorities carried out during the Soviet era?

The Constitution of the Soviet Union guaranteed freedom of conscience and religion to its citizens, but, as is often the case, legislation remained unimplemented. During Stalin's rule, religion was repressed in the Soviet Union. After the annexation of Lithuania, the inventory of religious communities began: people were asked to re-register, some managed to do so, while others did not. All religious communities were constantly monitored.

The persecution and its intensity during the Soviet era depended on the religious community's relationship with the state, whether it was a legal organization or not. Some religious minority communities operated as legal, while others operated illegally. This situation was determined both by the policies of the Soviet government, its active interference in communities' activities, and by the decision of the communities themselves not to communicate with the government.

Our study participants explained that religious persecution by the government revealed through lack of opportunities provided. Many of our interlocutors did not have access to higher education because of their faith and membership in a religious minority organization. The study revealed that members of religious minorities were prevented from moving up the social ladder while still at school: when the government learned that a young person was involved in a religious community, it was reflected in his or her record and led to restrictions on access to higher education and other opportunities.

In Jehovah's Witnesses' accounts, we find that the pacifist doctrine of this religious organization was unacceptable in the Soviet Union and that young men who belonged to the community were obliged to go to the army, and if they refused, they received imprisonment, which often tended to repeat. Refusal to serve in the army was seen as a refusal to cooperate with the authorities.

We also see from the narratives of the informants that legal religious organizations received regular visits aimed at monitoring and passing on information to the authorities. Jehovah's Witnesses, who were forced to operate as an illegal organization, also stressed that they had been under constant surveillance. Informants said that, for instance, cars would arrive and park in places where their meetings took place. These stories also testify to the inner will of the members of this community, in spite of everything, to go to those meetings and to be with other members of the community.

How did religious minorities manage to engage in religious activities, despite persecution? What survival strategies had been undertaken?

We find different experiences regarding religious practices during different periods of the Soviet regime. During Khrushchev's rule, not everyone who returned from exile was allowed to reside in Lithuania. The accounts of Jehovah's Witnesses reveal that most of them settled in Sovetsk after returning from exile and it was from here that they tried to restore the community activity in Lithuania. Some Baptists and Pentecostals, also unable to return to live in Lithuania after exile, stayed in Latvia, where the life of these communities was more intense.

The majority of religious minority communities did not have their own premises during the Soviet era and often met at someone's home, although there were some attempts to acquire premises. Illegal religious organizations held meetings not only at homes but also in forests. For example, baptism ceremonies were held in hard-to-reach places near rivers or lakes so that no one would notice them. There were also cases where believers went to meet members of their community while imitating a walk in a forest, mushroom picking, or berry picking.

The analysis of the relationship between religious minorities and the state in the Soviet period shows how important the state's contribution to the formation of public opinion was. In the early 1960s, anti-religious propaganda affected specific religious communities, namely Baptists and Pentecostals, who were portrayed by the state as anti-progressive and were labeled "sectarians". State policies and restrictions on the activities of religious communities made their activities invisible to the public, putting them under a certain veil of mystery, which caused a lot of mistrust, suspicion and various interpretations. We may assume that part of modern Lithuanian society is still affected by the negative image of some religious minority communities formed at that time.

How did the relations between religious minorities and the state change after Lithuania regained its independence?

On the one hand, participants of the study say that being a member of a religious minority community in the Soviet times and in modern Lithuania is incomparable. On the other hand, they also talk about the recurrence of certain patterns of relations with the state and society. The modern state of Lithuania tends to differentiate religious communities; thus, it not only determines its relationship with these communities, but also determines their relationship with society. We see that both the Soviet and modern periods allow us to talk about the fact that the relationship between religious minorities and society is largely shaped by the state's policy on religion.

Based on the interviews with the representatives of religious minorities conducted during your research, what did the informants reveal about their situation in today's Lithuania?

During the research, an important process regarding the relations between religion and the state of Lithuania took place and is still taking place - the process of granting state recognition to the ancient Baltic religious community Romuva. Romuva's attempt to become a state-recognized religious community has shown that not all religious communities are welcome on the list of state-recognized religious communities. The considerations of Romuva's application for state recognition in the Seimas reveal religious politicization in Lithuania as well as an aspiration to establish the dominance of Christianity, and in many cases Catholicism in particular. Public statements by politicians about Lithuania as a Christian or Catholic state do not go unnoticed by members of religious minority communities who have alluded to such statements during the interviews.

The interview was prepared as part of a research project “Religious Minorities in Modern Lithuania”, funded by the Research Council of Lithuania (RCL), contract No. S-LIP-20-24.