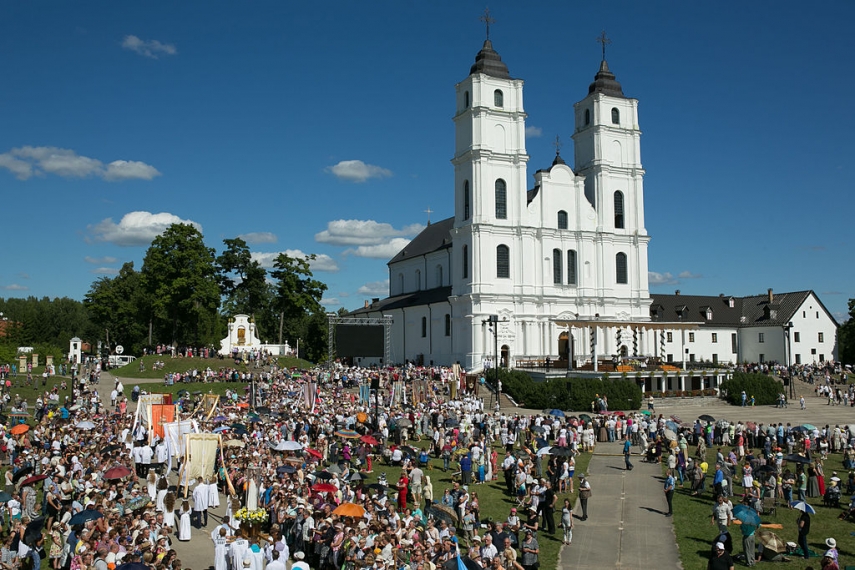 RIGA - The annual religious events that are currently taking place in Aglona, Latvia’s main Catholic shrine, have so far been taking place without any incidents, representatives of the authorities involved in organizing the festivities, told LETA.

Juris Butevics, chairman of the Aglona regional council, said that pilgrims and groups of other guests were still arriving in Aglona but that a sufficient number of campsites and parking lots had been provided around Aglona Basilica to accommodate everyone. There have been no reports of traffic congestions either as the police have been monitoring the roads in the area.

Ksenija Belova, a representative of the Latgale regional police department, told LETA that no incidents have been reported in Aglona and its vicinity.

Representatives of the basilica’s information center said that 23 groups of pilgrims, including over 900 participants, have already been registered upon their arrival in Aglona but that their exact number would become known after today’s church service for the pilgrims. The groups from Latvia have been joined by pilgrims from Belgium, Italy, the United States and France.

Liene Baskatova-Jokste, a representative of the Aglona Tourist Information Center, said that the information center had been receiving more visitors in recent days, with people inquiring about local tourist attractions, bus schedules and Pope Francis’ upcoming visit to Aglona.

As reported, the annual celebrations of the Assumption of the Blessed Virgin Mary into Heaven are taking place in Aglona, Latvia’s main Catholic shrine, this week. The festivity will begin at 7 p.m. today with a Mass celebrated by Zbignevs Stankevics, Metropolitan Archbishop of the Roman Catholic Church in Latvia.

Various religious events will continue in Aglona throughout Wednesday.