Relations between Latvia, Russia are not at peak, but agreement is possible on some issues – Russian official 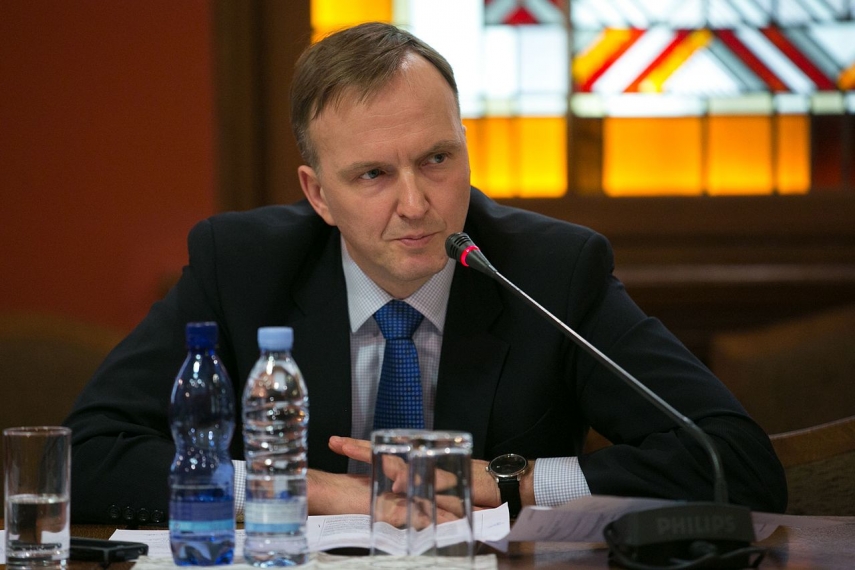 RIGA – Relations between Latvia and Russia are not at their peak, but still there is mutual understanding possible on some issues, said First Deputy Minister for Foreign Affairs of Russia, Vladimir Titov, during the consultations of the Latvian and Russian Foreign Ministries.

During the consultations today, Titov and Andrejs Pildegovics, State Secretary of the Ministry of Foreign Affairs of Latvia, signed the agreement on amendments to the agreement of December 20, 2010, between the Latvian and Russian governments on facilitating mutual journeys of border residents of Latvia and Russia; and the plan of Cooperation between the both Foreign Ministries for 2018-2019.

Titov told the press that during consultations the officials discussed trade and economic issues and discussed the Latvian-Russian intergovernmental commission’s meeting held in August. The officials also discussed EU agenda, North Korean issue, the situations in Ukraine, Syria and the Middle East.

Commenting on the agreement signed on easing the procedures for border residents, Titov said that it will come into force after all necessary procedures are completed. Russia has similar agreements with other countries and they play a significant role in development of regional connections, he said.

Pildegovics explained that the agreement provides for better terms for border residents who want to make cross-border trips.

"While observing regulations of the EU, we will ensure more favorable conditions for the border residents. The agreement refers to those who live in about 30-kilometer distance from the border. Such cooperation is important for the border region. About 50-60 such permits are issued a year," said Pildegovics.

He also noted that a plan for cooperation between the Latvian and Russian ministries was signed. He said that the document provides for closer cooperation in the coming two years in such areas as security, cooperation in international organizations, the Baltic Sea region, and others.

Pildegovics said that despite the different opinions of both countries concerning several international issues, for example, crisis in Ukraine, both countries this year have been able to achieve a progress on certain other issues, such as border trips.

The Latvian official also noted that the parties discussed the recently completed demarcation of the Latvian-Russian border, the work of the intergovernmental commission and topical international issues. Pildegovics also noted the upcoming centennial of Latvia’s statehood.