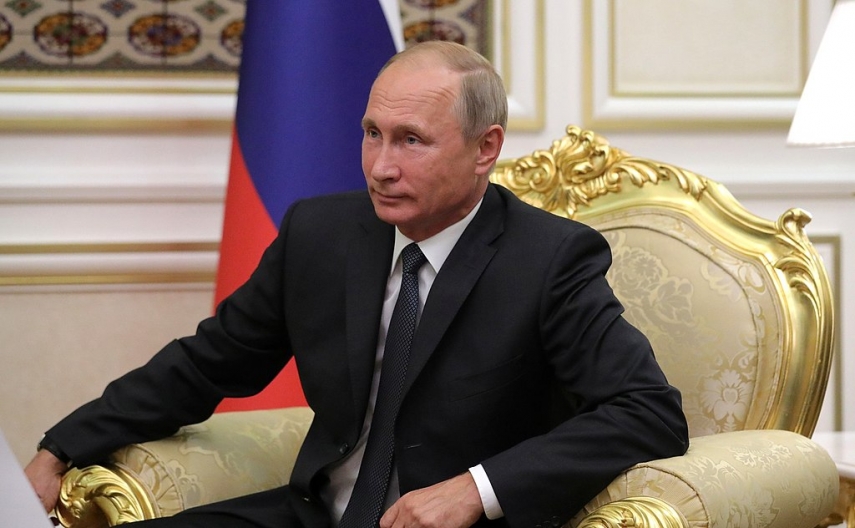 RIGA - Russian President Vladimir Putin's announcement in his recent state of the nation address about ''invincible missiles'' is a signal to the West and a part of his election campaign, Maris Andzans from the Latvian Institute of International Affairs told LETA.

He explained that Putin's state of the nation address was primarily aimed at the domestic audience, which is why it should be seen as a part of his election campaign, even thought the election outcome is already certain. In his speech, Putin tried to present himself as a strong leader and boast about what he has accomplished during his presidency.

''We see that the chances of the other presidential candidates are quite hopeless. Russian television is explaining Putin's absence from televised debates that he has other important matters to attend to and that he has to lead the country,'' he said.

Andzans also sees a warning to the West in Putin's statements. ''Taking into account that they showed a video of a Russian missile hitting the US state of Florida, this can certainly also be seen as a threat to the West,'' he said, adding that the video itself looked very amateurish, which could show that the development of the weapons themselves might not be completed.

''However, the development of Russia's armed forces is no surprise to the West. This was well known beforehand,'' Andzans said.

According to the expert, Russia's efforts to present itself as a potential threat is in a way good for Latvia, or more precisely, those who support the deployment of NATO forces in the country. ''If Russia does not carry out any provocations, then some in the West could begin to ask the question why should these soldiers still be deployed to the Baltics. Thus, I must say that this is actually positive for Latvia's security interests, that Russia is openly expressing its global ambitions,'' the expert added.

The AFP news agency reports that Putin boasted Russia has developed a new generation of hypersonic missiles in his state of the nation address on Thursday, warning global powers they must now reckon with Moscow's military might.

The strongman, who is standing for a fourth Kremlin term in March, displayed a series of hi-tech video montages of weaponry maneuvering across mountains and oceans, even heading over the Atlantic.

The president quoted a speech he gave back in 2004 saying that Russia would develop a new generation of weaponry, a promise that he said has now been fulfilled.

"No one really wanted to talk to us basically. No one listened to us then. Listen to us now," Putin said, prompting a standing ovation from the audience of top officials including Defense Minister Sergei Shoigu and Foreign Minister Sergei Lavrov.

Putin showed tests of a new missile complex of a type that he said is not owned by any other country.

The hypersonic missile system can fly at 20 times the speed of sound and maneuver up and down, he said,

"This makes it absolutely invincible for any forms of air and missile defense," he boasted, calling it an "ideal weapon".