Public to decide on Lithuania's next ruling majority - Grybauskaite 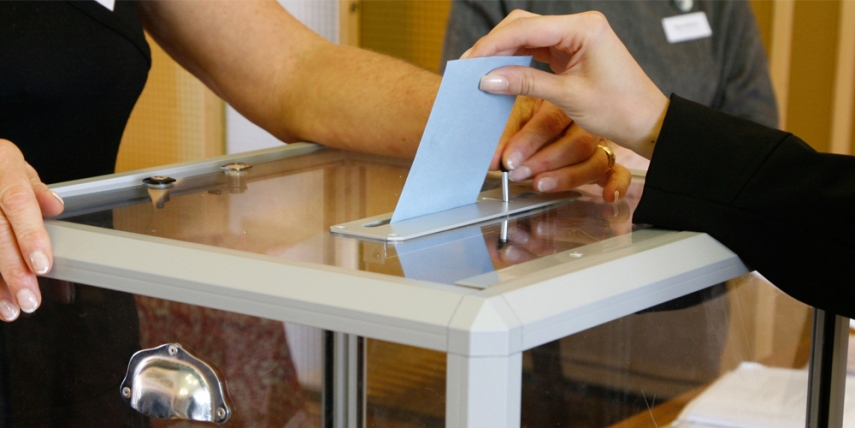 VILNIUS - Lithuanian President Dalia Grybauskaite is encouraging voters to go the polls this Sunday, stressing that it will be the public, not politicians or political analysts, who will choose the political parties of nation’s next ruling coalition after this month's parliamentary elections.

"First of all, I'd like to tell people that it will be they who will make decisions on what government we have," Grybauskaite said in an interview with LRT Radio broadcast today.

"In a democratic state, the government is elected by people and people must go to the polls. The next ruling coalition will be determined by people, not by political analysts and participants of discussions and not even by the president," she remarked, adding: “This is the greatest opportunity in four years for people to say everything about themselves, about others, and about their future.”

Grybauskaite cast her ballot yesterday, the first day of early voting in the general elections.

Social Democratic Prime Minister Algirdas Butkevicius has voiced his hope for a satisfactory outcome for the elections.

"When I meet with people, sometimes it makes me sad to hear some of them saying that they will not go to the polls, but I expect that a good result will be achieved if between 49 and 54 percent (of eligible voters) vote," he said on the Ziniu Radijas radio station today.

Butkevicius said that his party hoped to win the same number of seats in the parliament as in the last election.

The Social Democrats are the biggest political group in the outgoing Seimas after claiming 38 mandates in the 2012 election.

When asked whether he expected to remain prime minister, Butkevicius said that he would answer this question following the election.

Voters who are unable to go to their polling stations on election day, Oct. 9, can cast their ballots at local government buildings throughout the country between 8 a.m. and 8 p.m. on Thursday, the second and last day of early voting.

A total of 2,504,267 people are eligible to vote in the elections, including more than 13,000 Lithuanian citizens who are registered to vote abroad.

There are 14 lists on the ballot for the multi-mandate constituency, including 12 political parties which are running on their own and two coalitions of two parties each.

A party must pass a 5 per cent barrier to get into parliament and a coalition needs to earn at least 7 per cent of the national vote.