Promises to raise wage later will not keep teachers from protests 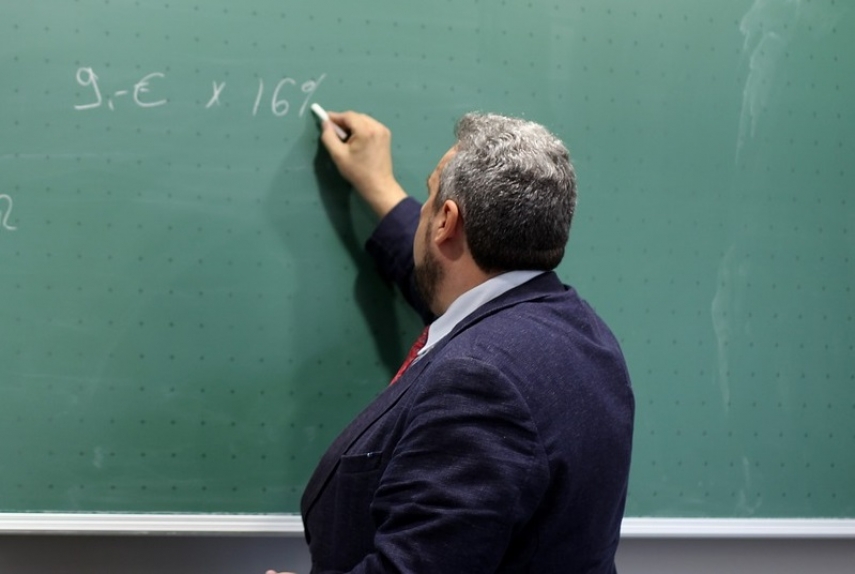 RIGA – The Latvian government’s promises to raise minimum wage for teachers from January 1, 2020, instead of September 1, will not keep teachers from a picket and strike, said Inga Vanaga, the head of the Latvian Trade Union of Education and Science Employees (LIZDA).

Prime Minister Krisjanis Karins (New Unity) said that the extraordinary meeting of LIZDA council earlier that the minimum wage could be raised aso f next year. The trade union is not satisfied with it because, according to the earlier agreement, the wage should be raised from EUR 710 to EUR 750 already from September 1.

“We will insist on that – politicians should comply with the law and meet their own promises,” said Vanaga.

She said that raising the wage four months later is not a compromise the trade union is ready for. If today the government, discussing 2019 budget, will not make the decision on raising teachers’ wages from September 1, tomorrow Vanaga will submit an application for organizing a protest campaign on March 20.

If the picket does not bring the necessary results, a strike will be held in September.

As reported, Latvia’s new government has decided to tackle the issue of teachers’ wages in the 2020 budget, it follows from the remarks made by Prime Minister Krisjanis Karins’s (New Unity) earlier this month.

Asked if the financing necessary for the promised pay rise for teachers has been provided, the prime minister said that this is largely a "technical budget", which has to be adopted as soon as possible. As for Saeima’s earlier decisions on “even steeper pay raises for teachers”, they will be included in the 2020 budget, "when we start developing our own policy instead of passing a technical budget," Karins said.

The premier agreed that raising teachers’ wages was an objective necessity.

This means that the previous government’s plan which provided for gradually arising the teachers’ wages from this year until 2022 will not be implemented.