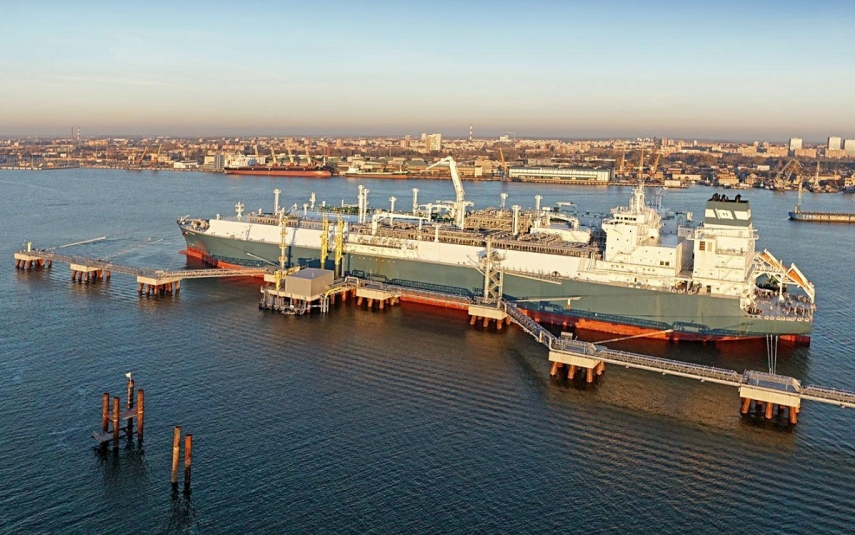 VILNIUS - An advisor to Lithuanian President Gitanas Nauseda says the Klaipeda liquefied natural gas (LNG) terminal should not be used for Russian gas imports in the long term.

"From the long-term perspective, the terminal should undoubtedly remain an alternative supply channel and the capacities of the facility, which was built with Lithuanian consumers' money, should not be given away to players from the East," Jaroslav Neverovic told BNS.

If LNG prices are favorable, the state-owned energy group Ignitis and other gas importers should look for opportunities to sign new long-term LNG supply contracts, according to the presidential advisor.

"I believe there is definitely potential for this. Global LNG prices are attractive, and an increasing number of suppliers is emerging, and such a longer-term contract could help ensure, in a sense, a gas price ceiling for the entire market," Neverovic told BNS.

"I think companies that have a constant need for gas, such as Ignitis, will make such decisions first of all," he added.

According to information available to BNS, Achema imports small LNG cargoes of Novatek gas from the Baltic Sea port of Vysotsk, and it has imported a large shipment from the Russian supplier's Yamal LNG terminal in Siberia through intermediaries.

The fertilizer manufacturer does not comment on whether it has long-term contracts, nor does it disclose who its LNG suppliers are. It is known that the company also imports LNG from Norway's Equinor.

"I cannot comment on Achema's priorities. It is a private company and it is up to it to decide how to organize things. It should be noted, however, that they are enjoying the benefits of the terminal," Neverovic said.

Ignitis has also bought a cargo of Novatek LNG from Vysotsk via an intermediary.

The state-owned company has a 10-year LNG supply contract with Equinor (former Statoil), effective until 2024.

Before the launch of the Klaipeda terminal in 2015, pipelined gas from Russia's Gazprom was the only source of gas imports for the Baltic countries. The terminal has helped Lithuania diversify its supplies, sharply reducing Gazprom's share of its gas imports.