President Vejonis not to pardon convicted participant of 2009 riots 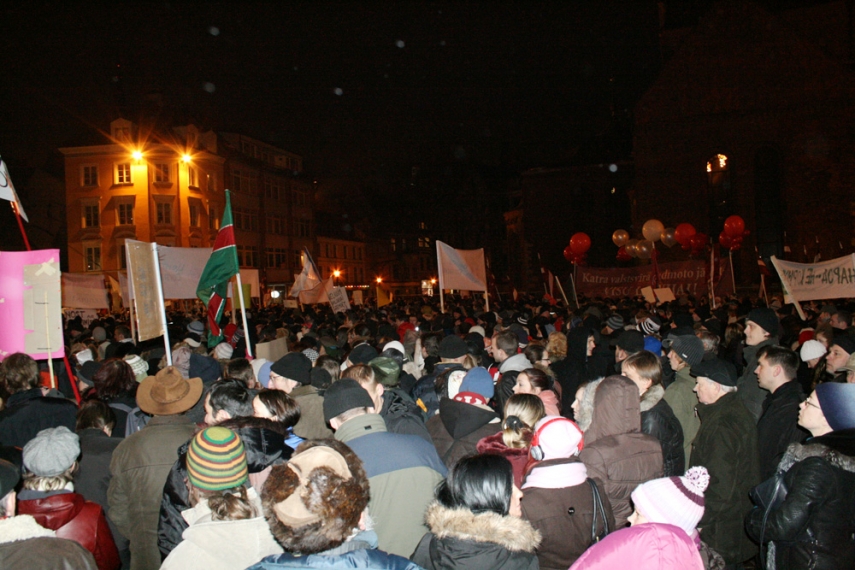 RIGA - President Raimonds Vejonis will not respond to the appeals to pardon Ansis Ataols Berzins, who has been sentenced to a prison term in Latvia for his involvement in the January 13, 2009 riot in Riga, LETA has learned.

As reported, a picket will be staged in Riga Old City at noon today to demand Berzins’ release.

LETA was told at Riga City Council that Berzins’ supporters are organizing the picket with the aim to secure Berzins’ release from jail. Organizers expect around 50 people to participate in the picket.

Raimonds Vejonis to pardon songwriter and singer Ansis Ataols Berzins, who is a son of well-known Latvian poet and translator Uldis Berzins. They stressed that Berzins and his family had already suffered enough for his "emotional response to illegalities in the country" and that a real jail term was a punishment incommensurate to the man's offense.

"The recent developments - Berzins suffering a beating in the Czech prison and his health condition - call for a speedy decision [about his release]," they said in the letter to the Latvian president.

Berzins' lawyer Janis Mucenieks said that his client had also applied for the presidential pardon himself. Right now it is important that Berzins received quality medical treatment for the knee injury sustained in the Czech jail therefore the requests for appropriate medical examinations have been submitted to the Latvian Prison Administration, the lawyer said.