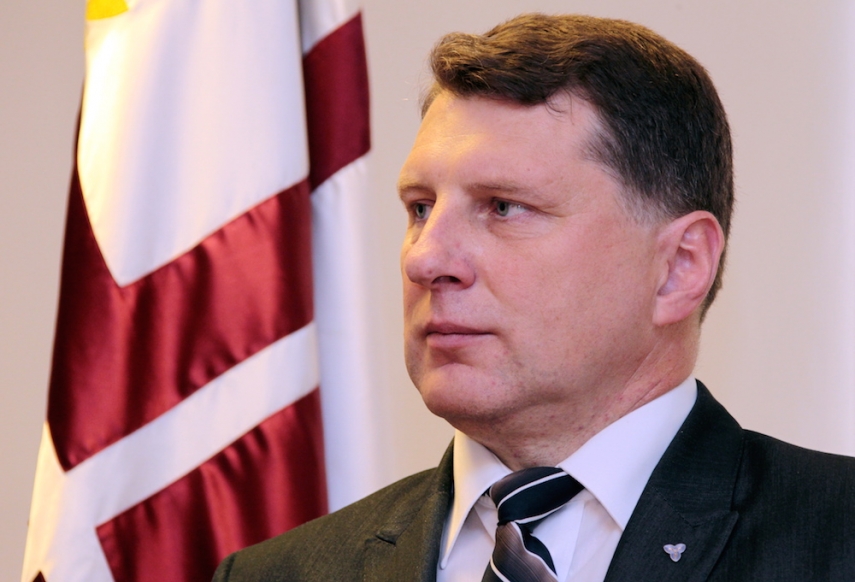 During his speech at the 70th session of the United Nations General Assembly in New York on September 30, Latvian President criticised the United Nations Security Council for its lack of timely and decisive action and stressed past failures should be lessons for the future

Regarding the 75th anniversary of the Sumner Welles Declaration in July this year, Vejonis said “this policy reflected the international law based on the principle that the change of borders by force is not acceptable.

“The firm stance of the international community in support of this principle has been of great importance to us,” Vejonis said.

The Sumner Welles Declaration was the United States’ non-recognition policy of the illegal Soviet annexation of the Baltic states.

”However, far too often, international order and principles have been violated and the UN has been unable to prevent conflicts or build peace or to stop atrocities.”

“Past failures must be lessons for the future. The UN, and in particular the Security Council, must be able to implement the mission set by the Charter with a renewed sense of responsibility.

"It is time to move forward with the UN Security Council reform. We applaud efforts to revive negotiations on this important issue.

“Latvia supports the expansion of the Security Council in both categories of membership.

“At least one additional non-permanent seat should be ensured to the Eastern European Group of states.”

Latvia supports the proposal to voluntarily restrain the use of the veto at the Security Council in situations involving mass atrocity crimes.

It also supports a Code of Conduct for any member of the Council not to vote against any action designed to end and prevent mass atrocity crimes, he added.

"On several crucial occasions in recent times the Security Council was not able to take timely and decisive action,” Vejonis continued.

“It has had dire consequences: The Security Council was blocked from playing a role to stop Russia's aggression against Ukraine and to seek justice for the victims of the flight MH17 in an international tribunal that could establish the truth on who shot down the aircraft.

“The conflict in eastern Ukraine has cost the lives of thousands and led to the suffering of millions of innocent victims.

”The illegal annexation of Crimea and Sevastopol by Russia will not be recognized.

“Together with the rest of the international community, Latvia will continue to support Ukraine's reform process in order to strengthen democracy, economy and good governance.”

Vejonis believes the Syrian conflict has created a humanitarian catastrophe and destabilised the whole region.

“The international community must not abandon the people of Syria, and it must push for a political settlement.

“Those responsible for the internationally prohibited use of chemical weapons in Syria must be identified and held accountable.

“Only then can a change in the regional dynamics towards more engagement and cooperation, as well as greater stability in the Middle East region become a reality,” Vejonis said.

In the conclusion of his speech, the Vejonis said it was now time for the Eastern European Group to provide the best possible candidacy for the post of the next UN Secretary-General to be elected next year.

He stressed that it was the only regional group that had never been represented in this position.