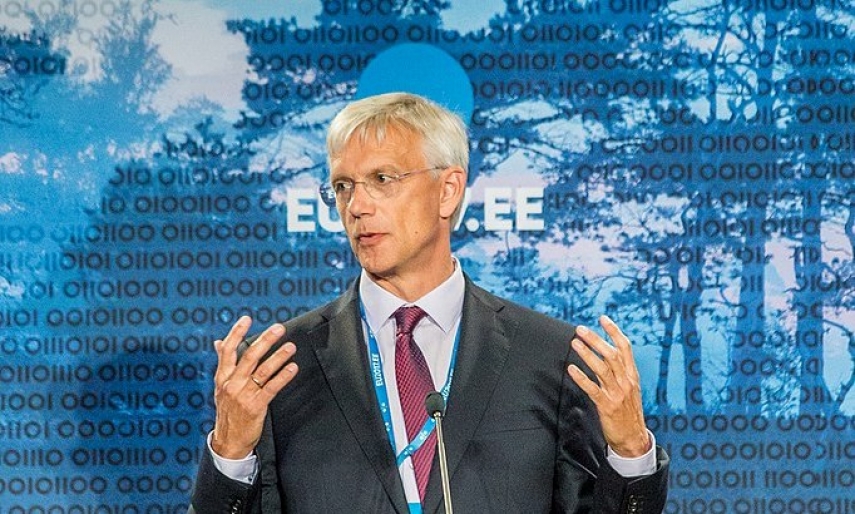 Krisjanis Karins has been consulting with political parties for the past several weeks on the formation of a government under his leadership. He currently has the support of 50 MPs, while speculations remain regarding whether or not KPV LV will support his government.

Representatives of the five parties currently involved in the government formation talks told the president today that they are prepared to support Karins for prime minister, For Development/For's co-chairman Daniels Pavluts told members of the press. He pointed out that the proposed Karins government enjoys a stable majority within parliament, and that work must now commence on drawing up a government declaration.

During today's meeting with the president, the party representatives said that they now need two weeks to conclude all the necessary work of forming the new government, and that if everything goes smoothly a vote on the new government could be held at the end of this month, Daniels Pavluts said.

Meanwhile, asked whether KPV LV will have a unified position on the proposed Karins government taking into account the comments made by politician Aldis Gobzems (KPV LV), the head of KPV LV's Saeima group Atis Zakatistovs said that Gobzems has emphasized on several occasions that this is just his personal opinion and that the party's position is determined during its meetings.

Atis Zakatistovs said that he could not say at the moment whether the party's Saeima group will have an open vote on the Krisjanis Karins government.

The head of the New Conservative Party's group at Saeima Juta Strike said that work on the government declaration has been commenced, and that she predicted that this document will be ready in the near future.

New Unity currently holds just eight seats in the 100-seat parliament, and is the smallest political group in the 13th Saeima.

Krisjanis Karins has proposed a government made up of five political parties - New Unity, the New Conservative Party, KPV LV, For Development/For and the National Alliance. The Union of Greens and Farmers was initially also included in government formation talks, but the New Conservative Party said that it would not work together in a coalition together with the Greens/Farmers.

This is the longest government formation period in Latvia since the restoration of independence in 1990.

Krisjanis Karins, a former MP and economy minister, has been serving in the European Parliament since 2009 and is currently the chairman of New Unity.