President of Latvia will not attend Moscow Victory Day celebrations 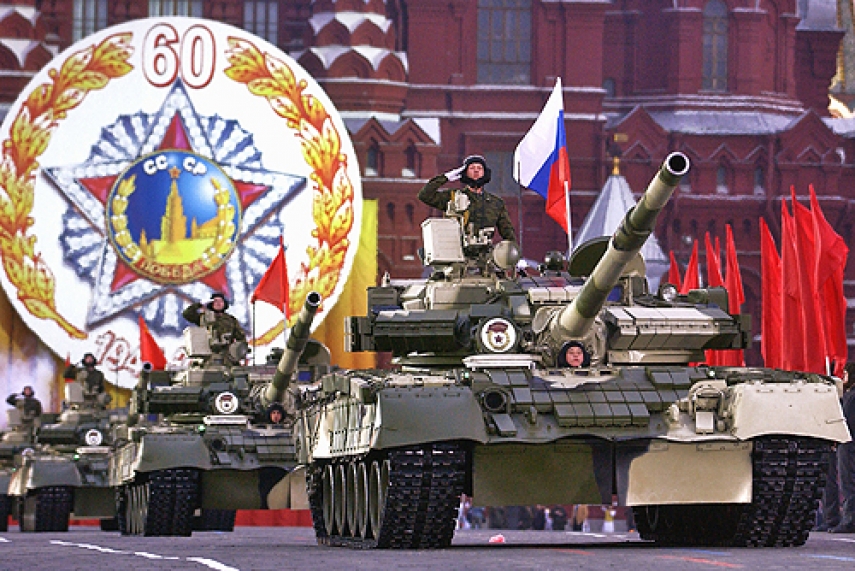 Latvian President Andris Berzins has said it is impossible for him to attend the May 9 "victory day" celebrations in Moscow.

The president's decision came following the EU Foreign Council's meeting in Brussels on January 19, as well as the events in Mariupol, eastern Ukraine last week.

Berzins said he will stay in Latvia to commemorate those who died in World War II.

As reported, until today, Berzins had not publicly revealed his decision. The president merely said that he might possibly visit Moscow before or after May 9. Berzins previously said that he had already decided whether to go to Moscow on May 9, saying that this had "been inside him his whole life".

Asked when his decision could be told to the public, the president said: "time will tell when this is necessary, as I am not alone in this game".

Latvian Foreign Minister Edgars Rinkevics welcomed Berzins's decision, saying that he had repeatedly discussed the matter with the president, and that he had always voiced the opinion that the president would make an adequate and proper decision.

When asked about the possible reasons why the president had only announced his decision now, the politician said that during their last meeting, they discussed the upcoming meeting of the European Union's foreign ministers, which would focus on the necessity to achieve better coordination on EU level.

Rinkevics said he could not predict whether all the EU member states would make the same decision. However, given the current situation and the way it has been interpreted in Russia, the worsening situation in Eastern Ukraine, and the fact that Moscow was likely to praise the "liberators of Crimea" during the May 9 events all contributed to the president's decision.

"I believe that this issue will be finally closed now," the minister concluded.

The May 9 celebration of the Soviet victory against Nazi Germany in World War II - or as it is known in Russia, "the Great Patriotic War" - is a public holiday and one of Russia's biggest annual celebrations. It is controversial in the Baltic countries, because of the Soviet occupation of Estonia, Latvia and Lithuania, which lasted until 1991. The Baltic countries are the only former Soviet states not to officially recognise 9 May, although celebrations are held, principally by the region's ethnic Russians.

Berzins was invited to attend in December of last year, but has taken some time in making his decision, having had to factor in Latvia's current status as President of the EU Council. Neither Lithuanian President Dalia Grybauskaite nor Estonian President Toomas Hendrik Ilves will be attending the celebrations in Moscow.