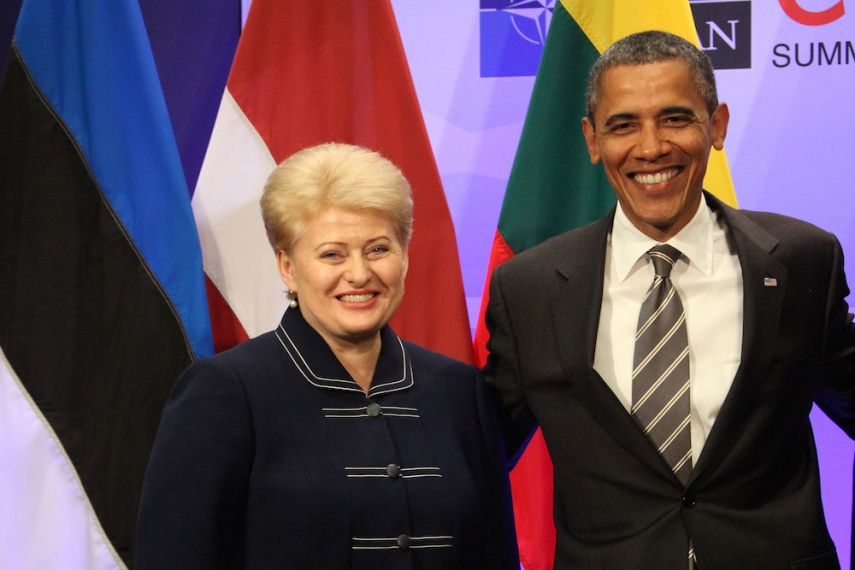 United States’ President Barack Obama has described Lithuania as a “model for strengthening democracy” and security in the world.

He also marked out Lithuania’s support for Ukraine and other Eastern Partnership countries as a further example.

"Please accept the best wishes of the American people as you celebrate the 98th anniversary of Lithuania's declaration of independence,” President Obama wrote in a congratulator letter to his Lithuanian counterpart, Dalia Grybauskaite. “Lithuania continues to serve as a model to others, by advancing democracy and security on a global scale.

“Your dedication to helping other counties complete their own democratic transformation has been made clear through your work in the EU Eastern Partnership.”

According to Obama, Lithuania and the United States successfully worked together at the UN Security Council in its fight against terrorism and promoting peace in 2014-2015.

"In addition, you have continued to show leadership beyond your borders by standing with Ukraine and by maintaining your consistent support of Afghanistan," Obama’s letter continued.

Obama also welcomed Lithuania’s commitment to increase its defence spending to meet NATO's requirement, which states that its members must spend 2 percent of their GDP on defence.

The Office of Lithuania's President says that on the eve of the Day of the Restoration of the State of Lithuania on February 16, it has already received letters of congratulation from the presidents of Ireland, Austria, Portugal, Croatia, Pakistan, the emperor of Japan, the kings of Belgium, the Netherlands and Saudi Arabia, plus the governor general of Canada.

Last weekend, Lithuania was also congratulated by US Secretary of State John Kerry.