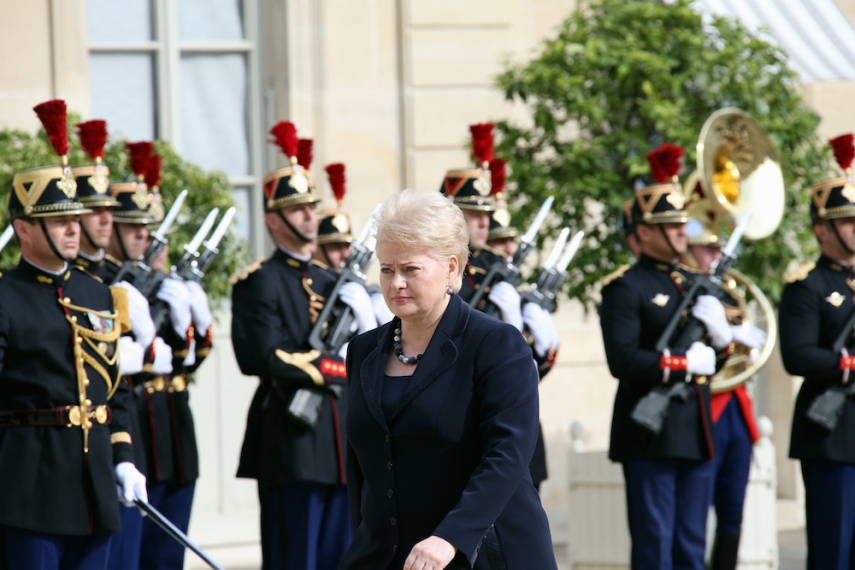 In the light of the situation in Ukraine, Lithuanian President, Dalia Grybauskaite, says Russia's sincerity is “very hard“ to believe amid Moscow's statements about peace initiatives in the Middle East.

Grybauskaite’s comments were made during her attendance of United Nations events in New York.

"The West has always been in support of peace and democracy,” said Grybauskaite in an audio interview issued by the president’s office on September 28. “It has demonstrated this by way of its historic development.

"If we were to talk about our neighbour [Russia], we see its peace in Eastern Ukraine today, we've seen it in Crimea and we’ve seen it in other parts of the world.

"It can indeed be very hard to trust a country, which is engaged in aggressive policies and, furthermore, military action and is actively involved in aggression in another country's territory.

"It is difficult to believe the country can either bring peace, or has sincere intentions to reconcile somebody."

At the UN General Assembly, Russia's President Vladimir Putin intends to present his vision on a joint coalition against the Islamic State.

Before the events in New York, Moscow stepped up military support to Syria's President Bashar al Assad, who has been accused by Western countries of war crimes.

Both Assad and a Western coalition are fighting the Islamic State.

During the interview, Grybauskaite also called for reforms of the United Nations Security Council, saying the exercise of the veto right had made it a “hostage to Russia.”

She said examples included the Moscow decision to veto the UN resolution on establishment of a tribunal prosecuting those behind the last year's Malaysia Airlines disaster in Eastern Ukraine, as well as the Russian veto on the decision to list the Srebrenica massacre as genocide.

"The Security Council has become Russia's hostage when it comes to issues of such significance as mentioning or assessing genocide, and the downing of an airplane – the resolutions that were to bring clarity and justice were blocked," said Grybauskaite.

The investigation of the airliner disaster may come up in New York during an event on justice in international conflicts, which is co-organized by the Grybauskaite and King Willem-Alexander of the Netherlands.