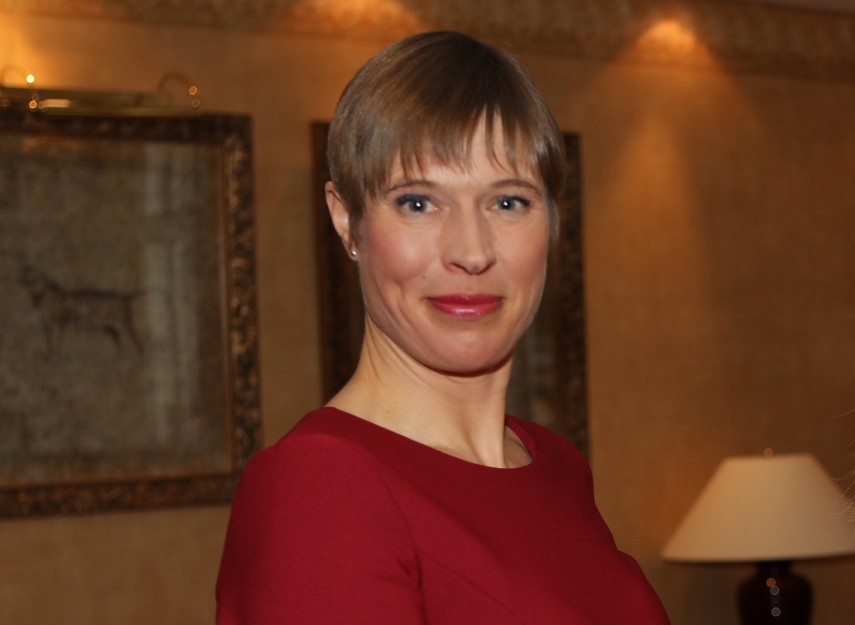 TALLINN - Estonian President Kersti Kaljulaid, who is currently on a working visit in New York to attend the annual United Nations General Assembly, also met with US President Donald Trump at a lunch reception, during which the two heads of state discussed security issues, the "Aktuaalne kaamera" evening news program of public broadcaster ERR reports.

"Americans have always financially contributed and are still contributing to developing Estonia's infrastructure and this cooperation is in very good shape. Today, we also had an opportunity to thank President Trump for it," Kaljulaid said.

The Estonian head of state said that Trump was very interested in Estonia's digital development.

"I was pleased to hear that other heads of state, too, started speaking about why they deem Estonia in particular a success story," she said.

"There are many areas in which we are cooperating, cyber security included, naturally," Kaljulaid noted.

During her visit, Kaljulaid is scheduled to attend the UN climate summit,  address future work at the summit organized by the International Labor Organization and the Ford Foundation, speak at the Atlantic Council debate on the future of Europe as well as at the UN Women Leaders' Council. She will also speak at the gathering of the Every Woman Every Child (EWEC) movement -- from last September, Kaljulaid is the co-chair of the UN-led movement led by the UN Secretary General.

In addition, a number of bilateral meetings have been scheduled with leaders of other countries, where the main topic is cooperation in the UN Security Council during the Estonian membership of the Security Council, as well as digital and cyber topics. The head of state is also scheduled to meet with the presidents of Costa Rica, Moldova, Poland, Somalia and Chile, as well as the prime minister of India, and participate in a reception given by the president of the United States.

The General Assembly of the United Nations consists of 193 states, and meets in a regular session from mid-September to mid-December.

The president will return to Estonia on Friday afternoon.