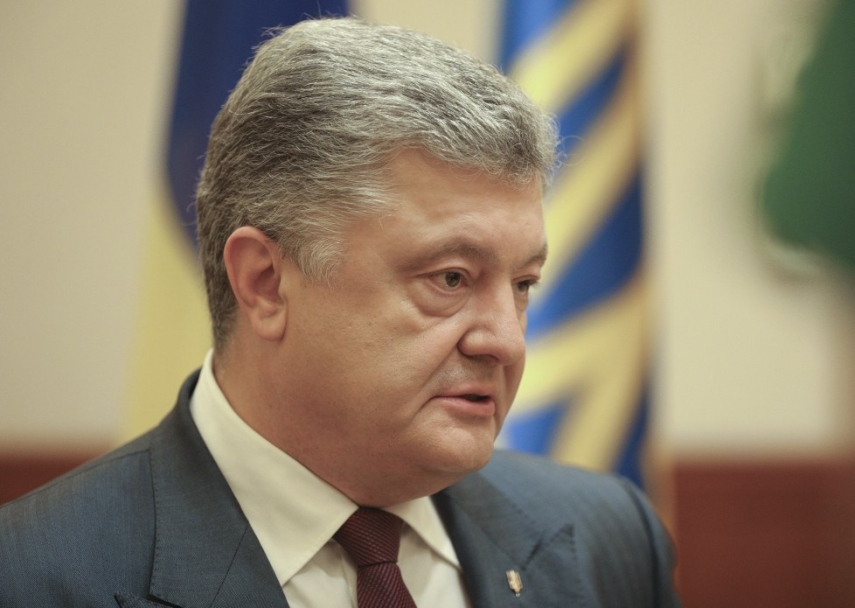 KYIV - Ukrainian President Petro Poroshenko said at a meeting with Lithuanian Foreign Minister Linas Linkevicius that he is convinced that the international community should toughly react to Russia's decision to simplify the procedure of issuing Russian passports to residents of certain districts of the Donetsk and Luhansk regions and called on the European Union to increase sanctions against Russia in June.

"The parties condemned the recent decision of the President of the Russian Federation on a simplified procedure for the issuance of Russian passports to the citizens of Ukraine living in the territories of Donetsk and Luhansk regions temporarily occupied by Russia. The parties called it a deliberate and illegitimate step by the Kremlin, which directly contradicts the Minsk agreements and undermines the peace process in Donbas. [...]

The President of Ukraine called on the EU to increase sanctions against Russia during the next revision of the given regime in June," the Ukrainian presidential website said in a statement released on Thursday evening.

Poroshenko said he is convinced that the international community should toughly react to Russia's destructive actions during the UN Security Council session convened on Ukraine's initiative.

The president expressed gratitude for Lithuania's consistent support of sovereignty and territorial integrity of Ukraine, as well as for Lithuania's clear stance on countering Russia's aggressive policy.

"The Lithuanian side commended personal contribution of Petro Poroshenko to the free and fair nature of the presidential elections in Ukraine, which showed that the country is confidently developing in a democratic way," the statement said.

On April 24, Russian President Vladimir Putin signed the decree 'On determining categories of individuals entitled to apply for Russian citizenship in line with a simplified procedure for humanitarian purposes,' which grants this right to those permanently residing in certain districts of the Donetsk and Luhansk regions.