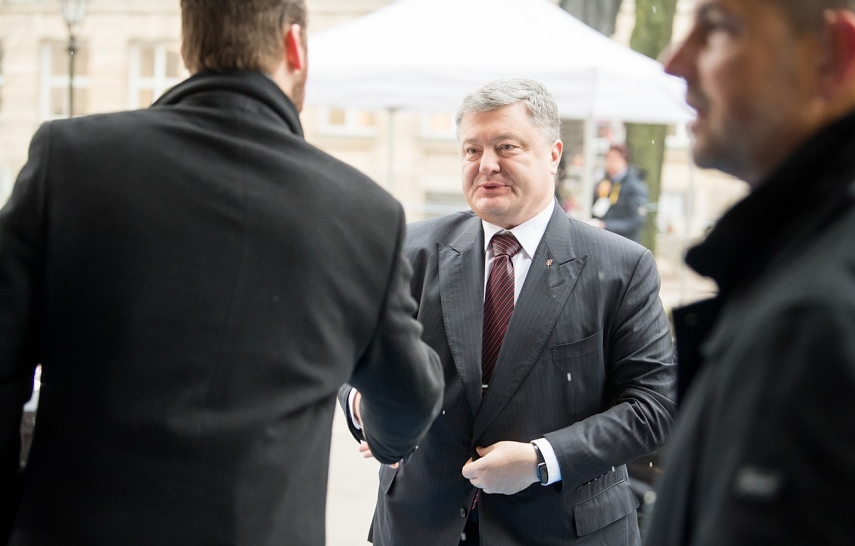 "The need to strengthen the consolidated international pressure on Russia, demanding the immediate release of Ukrainian captive sailors, the return of captured ships and ensuring the freedom of navigation in the Sea of Azov and Black Sea was noted," the presidential website said on Wednesday morning.

The parties discussed the situation in the Sea of Azov and Black Sea and the existing threats from the Russian Federation, taking into account the act of aggression by the Russian military in November 2018 against Ukrainian ships and the capture of Ukrainian sailors.

Poroshenko expressed appreciation for the consistent support of Estonia, Lithuania and Poland of the sovereignty and territorial integrity of Ukraine, as well as a strong condemnation of Russia's aggressive actions.

The head of the Ukrainian state also informed the ministers about the situation in Donbas and the continuing violation of the Minsk agreements by Russia, as well as the cease-fire regime.