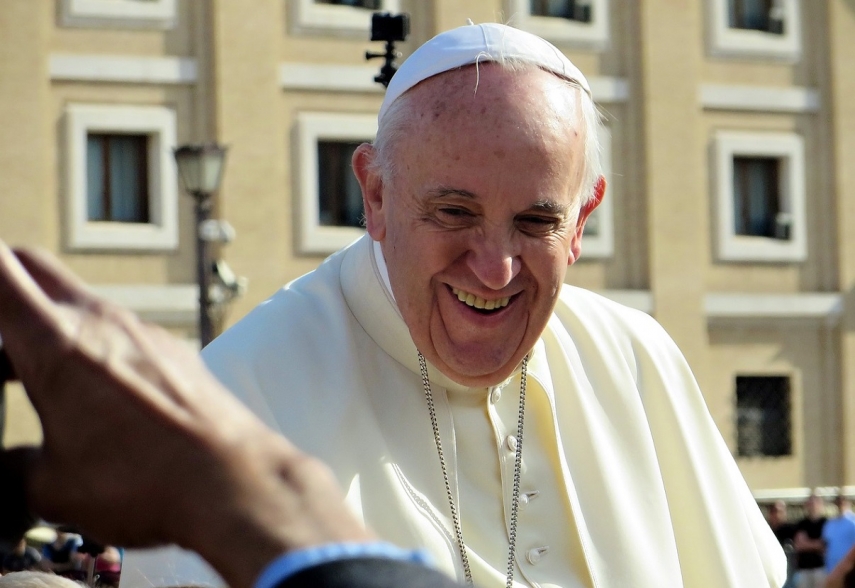 RIGA - Pope Francis sends God's blessing and a message of joy and peace to the Latvian people and families, LETA was told at the Foreign Ministry.

The Pope conveyed this message to the people of Latvia during an accreditation audience of the Ambassador of Latvia to the Holy See, Elita Kuzma.

Pope Francis sent his highest respect to the President of Latvia, Egils Levits, and to the Latvian people ahead of Christmas.

During the audience, the Pope underlined the need for global accountability and dialogue in addressing the challenges of regional conflicts, social division and ruthless exploitation of the planet's natural resources. He reiterated the determination of the Catholic Church to cooperate with each responsible partner in tackling those challenges. The Pope is sending God's blessing and a message of joy and peace to the Latvian people and families.

The Latvian ambassador extended greetings and good wishes to the Pope from the President of Latvia, Egils Levits, together with congratulations to Pope Francis on the 50th anniversary of his ordination to the priesthood. The ambassador thanked the Pontiff for his Apostolic Visit to Latvia on in September 2018 and the consistent support from the Holy See for Latvia and its statehood.

As part of her accreditation visit, Ambassador Kuzma met with Cardinal Secretary of State Pietro Parolin; Archbishop Edgar Pena Parra, Substitute for the Secretariat of State; Archbishop Paul Richard Gallagher, Secretary for Relations with States; Msgr Joseph Murphy, Chief of Protocol; and Msgr Daniel Pacho. The bilateral relations between Latvia and the Holy See and issues high on the European Union and international agenda were discussed at the meeting.