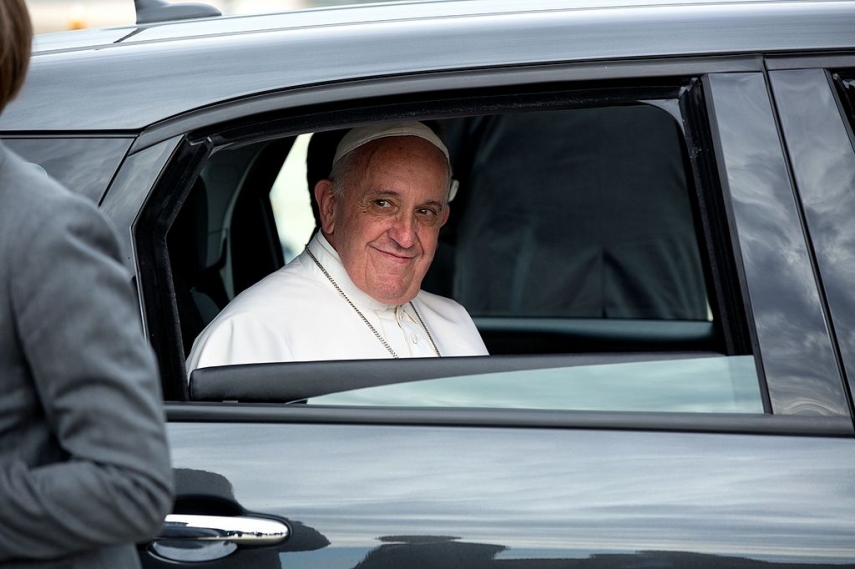 VILNIUS - Pope Francis has been presented with a Lithuanian national flag as a symbolic gift marking the centennial of the modern state of Lithuania, the government said on Friday.

The flag was presented to Francis by Algirdas Stoncaitis, chancellor of the Lithuanian government, who is in the Vatican for the annual meeting of the Santa Marta Group, a pope-endorsed global initiative that brings together state authorities, law-enforcement bodies and the Church in a joint effort to combat human trafficking.

Vilnius Archbishop Gintaras Grusas has said that human trafficking may be an issue to be addressed during Pope Francis' planned visit to Lithuania next fall.

The chancellor informed participants on the meeting, which took place on Thursday and Friday, about Lithuania's strategic decisions in fighting modern slavery, the government said in a press release.

Lithuania is currently discussing how to strengthen the role of a commission that coordinates efforts to combat human trafficking and is planning to establish a coordination center for the fight against human trafficking, it said.