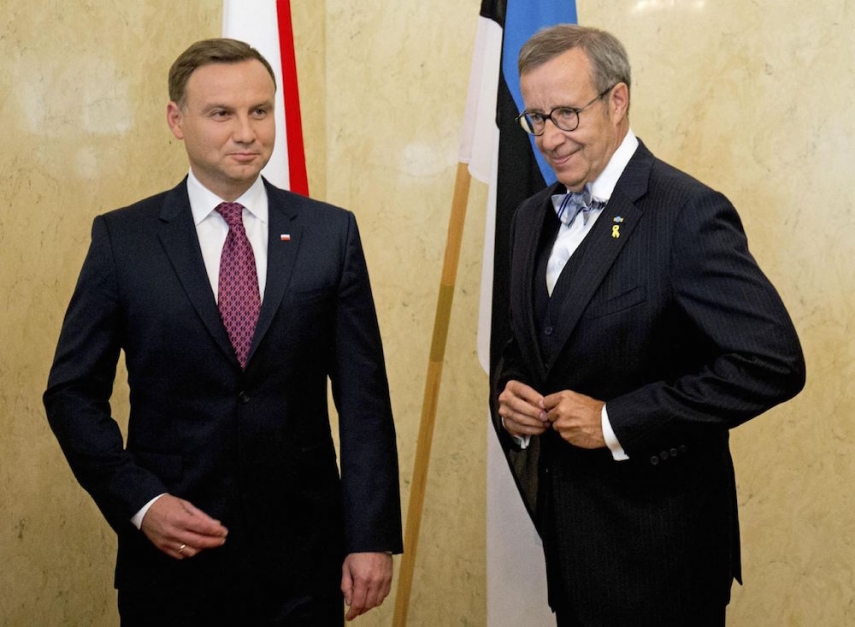 During his visit to Tallinn on Sunday August 23, 2015, newly elected Polish President Andrzej Duda said he feels it necessary for NATO to establish permanent troops in its Eastern European sphere of influence.

Duda told reporters he believes when countries that fell within either the territory or sphere of influence of the Soviet Union became independent and joined NATO, the latter's border shifted substantially.

According to Duda, the armies of the United States and NATO countries still have functioning military bases in NATO’s eastern region.

The Polish President called for them to be used.

“We invite and expect these military units of friends and allies, or weapons from NATO countries, to be deployed in areas that today form the alliance's real eastern flank,” he said.

Duda went on to describe the suggestion as “absolutely logical and justified, not only historically, but also in contemporary terms.”

“Everyone knows the situation,” he continued. “Imperial tendencies are re-emerging, and the presence of NATO forces is a guarantee for our countries.”

During his speech, he added in light of Russia’s increasing aggression in Eastern Europe, peace cannot be achieved should international law continue to be violated.

“We must not consent when international law is violated, when borders are violated, and when countries' sovereignty and independence is violated.

“Unfortunately this is happening again in Europe.”

In terms of improving relations between the European Union, NATO and Russia, Duda suggested military measures such as increased NATO troops in Eastern Europe, plus economic measures such as EU sanctions imposed on Russia, should not be the only political routes taken.

While describing it as an “enormous task”, Duda called for a return to compliance with international law.

“This is an enormous task, and so far it has not been possible to fully perform it.

“I think in future we need new solutions and these solutions will need to be discussed within the European Union but also within NATO,” he outlined.

"We need wise diplomacy on the one hand, while on the other we need community and agreement on the most important issues.

“We have to work calmly for these."

Duda added while pan-EU agreement on the international arena is largely about presenting coherent arguments, he stressed co-operation would be the key to successfully implementing a return to compliance with international law.

"Within NATO structures we must take care of our security, and ensure its maintains its guarantees to our nations.

The path to this is marked out, but we need to work continuously, and consolidate the solutions that have been approved and are currently being implemented,” he concluded.

Duda’s trip to Estonia was his first trip abroad as Polish President. He assumed office from predecessor Bronislaw Komorowski on August 6 this year.