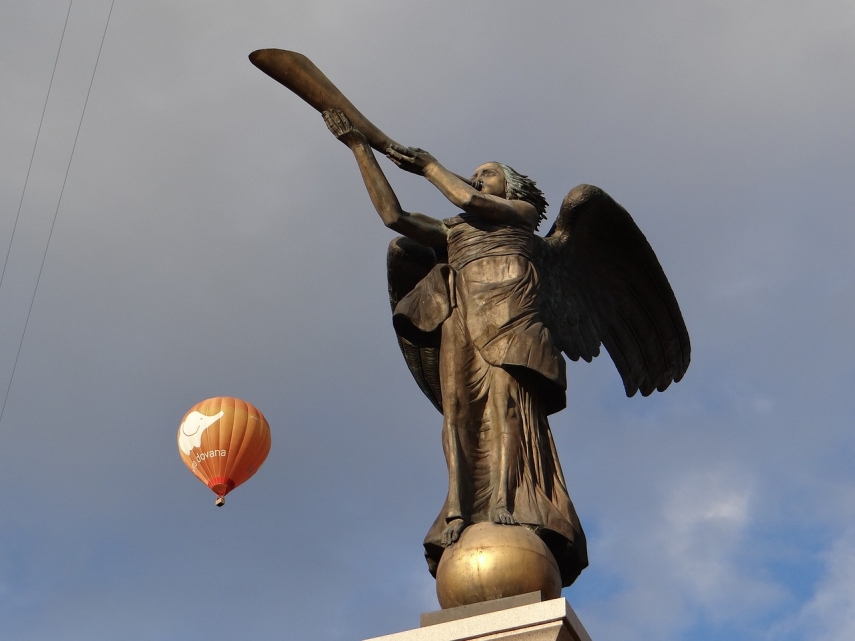 VILNIUS - Polish President Andrzej Duda and top European Union officials are coming to Vilnius on Thursday as festive events marking the centenary of Lithuania's restored statehood are kicking off across the country.

The Polish president will begin his three-day visit to Lithuania on Thursday evening by meeting with members of the local Polish community.

Other events planned for Thursday include a solemn meeting of the Seimas starting at noon and the hoisting of an enormous tricolor flag over the Vilnius Television Tower.

Kaunas will name Liudas Mazylis, professor at Vytautas Magnus University who last year found the original copy of Lithuania's 1918 Act of Independence in the German Foreign Ministry's archive, as its honorary citizen.

In Klaipeda, a portrait of Jonas Basanavicius, the man who presided over the Council of Lithuania when it signed the Act of Independence in Vilnius on Feb. 16, 1918, made from 10,000 postage stamps will be unveiled at the city's central post office.

The Polish and EU leaders will be joined by the presidents of Germany, Ukraine, Latvia, Estonia, Finland, Georgia and Iceland and Sweden's Crown Princess Victoria for the key official event at Simono Daukanto Square in front of the Presidential Palace in Vilnius at noon on Friday.