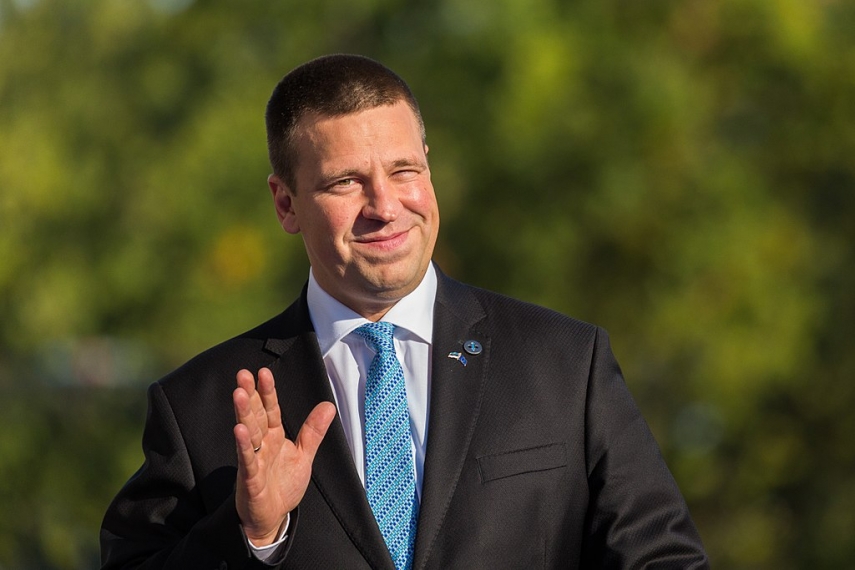 TALLINN - Estonian Prime Minister Juri Ratas met on Sunday with members of the Estonian community of New York to hear their opinions on preserving the Estonian culture and the future of Estonia, celebrating the anniversary of the nation, and Estonia's increasing role and responsibilities in the world.

In New York, the New York Estonian School has been the heart that holds the Estonian community together, having operated at the Estonian House for decades and being one of the oldest Estonian complementary schools in the world, spokespeople for the government said.

Estonia currently supports Estonians living abroad through a compatriots' scholarship program that offers support for maintaining fluency in Estonian, preserving Estonian national culture and identity, and the possibility of returning to Estonia.

"Carrying the Estonian language and culture through generations is important in Estonia as well as abroad. You should always remember that Estonia awaits you. You are always welcome home -- may it be for a short visit to the song and dance festival or a permanent move back," Ratas said.

The prime minister emphasized that the United States has always supported preserving and developing various cultures and languages.

"As we know, there can never be too many friends. We continue to value friendly relations with countries who we can depend on, and who can also depend on us," he said.

"The U.S. is an important partner for Estonia. We highly appreciate their contribution to preserving security in the Baltic states and all of NATO," Ratas said, adding that Estonia also wishes to support allies and good friends in ensuring and maintaining peace in the world.

On Monday, the prime minister was scheduled to participate in the high-level Nelson Mandela Peace Summit and meet with Mamuka Bakhtadze, the new prime minister of Georgia, Taneti Maamau, the president of Kiribati, and Abdelkader Messahel, the minister of foreign affairs of Algeria.