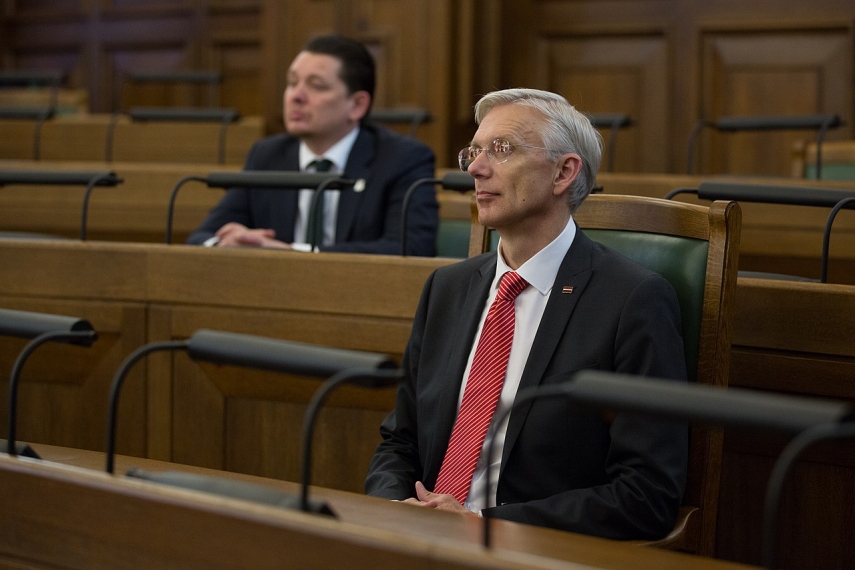 RIGA - Prime Minister Krisjanis Karins (New Unity) on Monday proposed pausing talks on a coalition reshuffle and resuming them in June, according to unconfirmed information obtained by LETA.

The prime minister proposed suspending the negotiations and restarting them on June 7, after municipal elections.

As reported, coalition partners are today scheduled to discuss a redistribution of ministerial posts in proportion with the parties' changed representation in parliament.

Three coalition partners - the National Alliance, For Development/For and New Unity had agreed to the coalition reshuffle, but the New Conservative Party (JKP) and KPV LV asked for more time to consider the proposals, Karins told journalists last Friday.

The reshuffle of the government coalition was proposed after Janis Vitenbergs, who had left KPV LV party for the National Alliance, was removed from the post of economics minister.