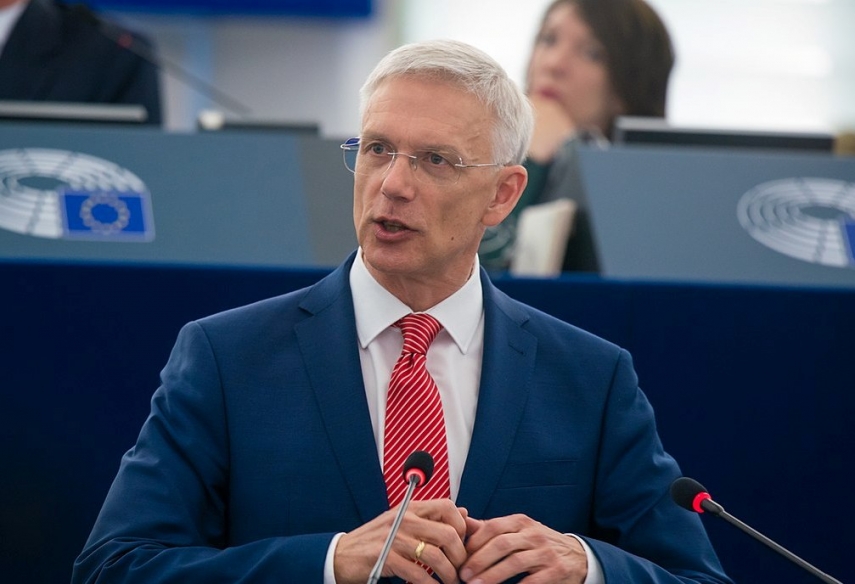 The prime minister believes that the justice minister’s proposal to establish a specialized court for handling economic cases is the right way to proceed.

“One of our benefits as an OECD member is that the OECD assesses its members and recommends improvements, and this is one of them. Of course, sorting out financial crimes is not the same as sorting out a burglary. These are two different kinds of theft. I am confident that under the justice minister’s guidance we will find the right way to introduce such a court,” Karins said.

The prime minister also noted the necessity to ease existing courts’ workload by delegating the handling of petty offenses to other authorities.

Karins said that major financial crimes involve sophisticated scams and they are harder to solve. In Latvia, it is necessary to provide more human resources for tackling such crimes, he said.

Justice Minister Bordans told the Judicial Council at the beginning of June that a new specialized court of first instance district should be set up in Riga to handle cases of economic character. At the same time, a specialized panel of judges would be set up at Riga Regional Court to hear the appeals.

As reported, the American Chamber of Commerce in Latvia (AmCham) believes that a new specialized economic court would lead to the improvement of the business environment in Latvia.

“Our members and foreign investors have repeatedly pointed out that slow and unpredictable proceedings contribute to corruption and make Latvia less attractive for investors. Our members are concerned about the fact that complicated economic crime cases remain unsolved in the courts for decades,” AmCham said in a statement.