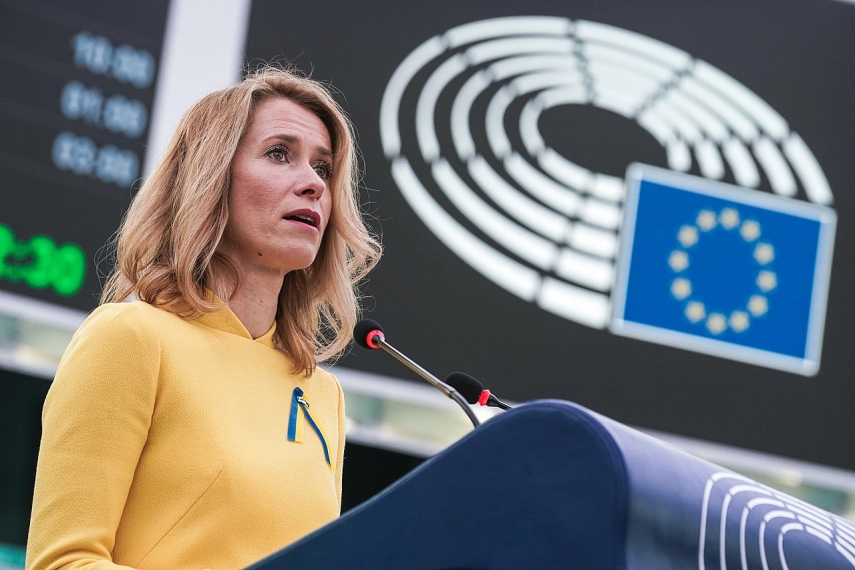 TALLINN, Nov 03, BNS - Estonian Prime Minister Kaja Kallas said at the government's press conference on Thursday that the government has decided against acquiring a shareholding in FSRU OY, a Finnish company that has leased a floating LNG terminal to improve the security of LNG supply in the region, and has resolved to move the deadline for a purchase option for the quay built by private companies for an LNG terminal in Paldiski, Estonia, to an earlier date.

In mid-October, the economic affairs ministers of Estonia and Finland decided that the LNG terminal, which was initially to be leased jointly by the two countries and was ultimately chartered by FSRU OY alone, will be berthed at the Port of Inkoo in Finland this winter. With this decision, the business risk of Pakrineeme Sadam OU, the company that had been establishing a mooring quay for the floating LNG terminal in Paldiski, materialized and the company has expressed a wish to realize the option for the sale of the quay already this year, the government's communication office said.

Pursuant to the initial agreement, the two companies that built the mooring quay, Alexela and Infortar, which together have a majority stake in Pakrineeme Sadam OU, would have been able to sign a contract for the purchase and sale of the quay starting from Jan. 1, 2024; however, under the government's new decision, the contract can be concluded earlier.

Estonian Minister of Economic Affairs and Infrastructure Riina Sikkut said in a press release that the agreed main terms of the possible contract of sale will remain unchanged.

"The state will pay the company for the justified and proven expenditures made for the quay this year, the upper limit of which is 30 million euros. In addition, we will buy the port property necessary for servicing the quay for 1.5 million euros. The total cost of the transaction including VAT will be up to 38 million euros and the government has already allocated this sum to the Estonian Stockpiling Agency," she said.

Thirty million euros had previously been earmarked in the supplementary budget for acquiring a stake in the Finnish company FSRU OY, which is a move Estonia had been deliberating this fall and which has now been scrapped with the government's latest decision. The plan is now for the funds to be used for topping up the national natural gas reserve instead, Kallas added.

Sikkut said that an option is being discussed that the first natural gas shipment arriving at Inkoo with the LNG floating terminal be first and foremost offered to the agencies maintaining strategic reserves in Estonia, Finland and Latvia.

"If the price of this amount of gas is good, the conditions are suitable and the purchase would improve the security of supply in the Estonian market, it would be reasonable to make use of the opportunity," she added.

Sikkut explained at the press conference that in the government's assessment, the application of Article 36 of the EU directive on natural gas for granting preferential rights in joint purchases is not related to the acquisition of a shareholding, which is why the government has decided against purchasing the stake. There is no deadline for the acquisition of the shareholding, however, which means the matter could be reopened in the future but this course of action is not deemed reasonable at present, according to Sikkut.

"The question is if we need it to ensure security of supply this winter. It appears that there is currently enough natural gas in the Finnish and Baltic region and there is sufficient demand and desire by market participants to bring gas vessels to the terminal in Finland, and it seems there is no excess demand. Everyone who wishes will probably be able to bring their gas to this terminal," the minister of economic affairs and infrastructure said.

The terms of use for the terminal, which among other things ban Russian LNG, are reasonable for Estonian market participants and grant them access to the terminal, according to Sikkut.

The option of Estonia leasing its own floating terminal was also discussed at the Cabinet meeting.

"If taking this risk proves necessary for ensuring Estonia's security of supply, I will bring this decision to the Cabinet at the earliest opportunity," she said.