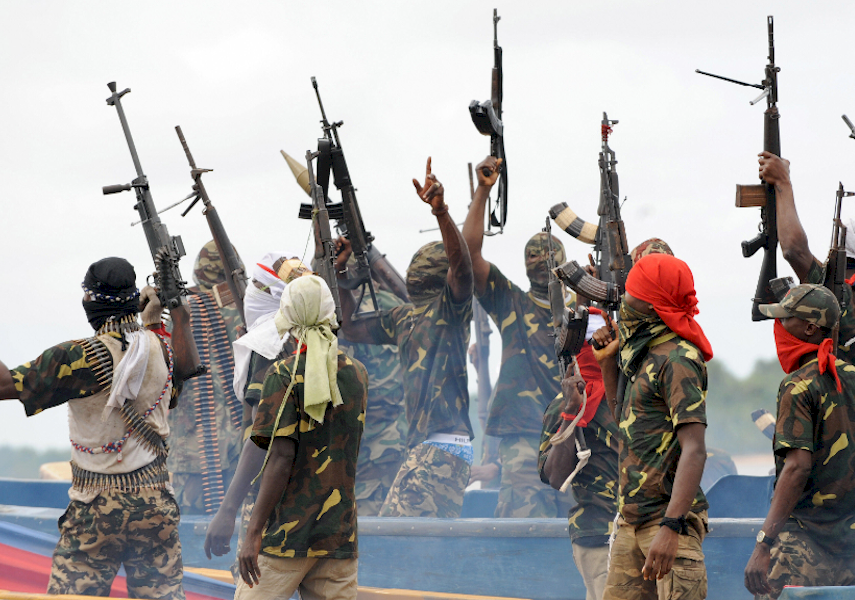 MODERN DAY PIRATES: These days there are no parrots or cutlasses involved, but pirates like these photographed have long been active off the coast of Nigeria. It was a group like this one that released two Lithuanian sailors who had been abducted off the coasts of Nigeria in mid-October.

VILNIUS — Pirates have released two Lithuanian sailors abducted off the coast of Nigeria in mid-October, Government Vice-Chancellor Rimantas Vaitkus confirmed to BNS Lithuania on Friday.
According to information available to BNS, the two abducted Ukrainian citizens were also freed.
“We were just notified by the shipowner that the hostages have been freed,” said Vaitkus.

The released Lithuanian citizens are now undergoing medical tests in a local hospital and are in good condition, the vice-chancellor cited the shipowner as saying.
Officials of the Lithuanian Foreign Ministry expect to contact the Lithuanian sailors shortly.

The Solarte vessel, owned by a Russian company and transporting frozen fish between Nigeria and Las Palmas in the Canary Islands, was attacked in mid-October at the entry to a Nigerian port of Port Harcourt. Two Lithuanian and two Ukrainian sailors were abducted and taken in an unknown direction. Registered in the Bahamas, the ship was sailing under the flag of the Comoro Islands.

A German ship sailing under the flag of Antigua and Barbuda was attacked off the coast of Nigeria; 12 hostages including a Lithuanian citizen were taken and freed on July 4.