Piebalgs will not run for Unity party leader at next congress 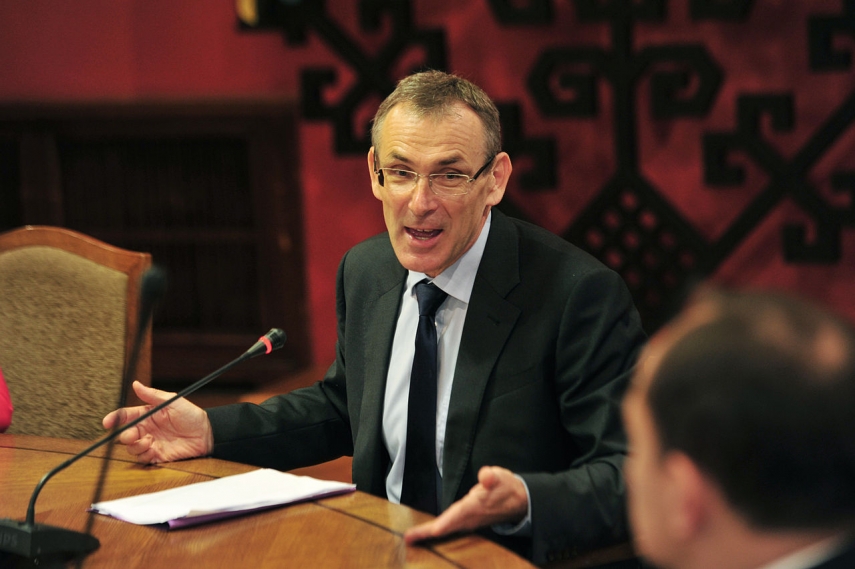 RIGA - Former European commissioner and Unity's current party leader Andris Piebalgs will not run for a repeat term at the party's upcoming congress.

Piebalgs confirmed to LETA that he has come to such a decision.

After a party board meeting today, which lasted almost five hours, Piebalgs told members of the press that the situation within the party was analyzed during the meeting. He added that a party congress will be called in the near future, which was supposed to take place in September.

Piebalgs said that party members and supporters expect radical changes to take place within the party, meaning that a new party leadership is necessary. The politician admitted that his offer did not foresee a radical change, but was more of a consolidation plan.

He said that he will also not run for the party's new board, but will continue to be a party member. He added that he would be prepared to run in the next elections as well.

Piebalgs said that there is some internal tension within the party, but that the most important is to regain the trust of its voters.

Piebalgs also said that the decision not to run as party leader was his own.

He was appointed party leader on June 4 of last year, replacing the party's controversial then leader Solvita Aboltina.

Piebalgs has been a member of Unity since 2014 and served on the European Commission as a commissioner from 2004 to 2014.