Over 8,000 join nationwide dance in Estonia 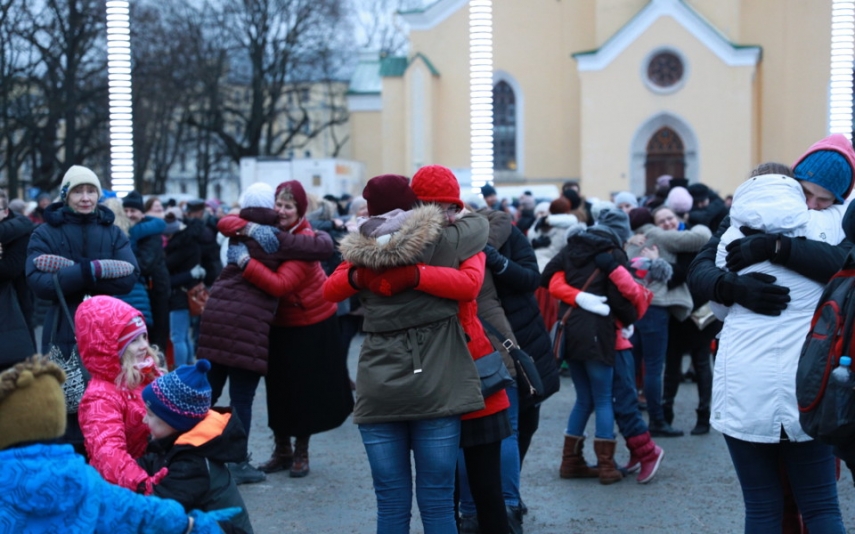 TALLINN - An estimated over 8,000 people joined Dancing Estonia, a concurrent event held in 16 cities across Estonia on Monday as one of the events concluding the country's anniversary year.

In addition to the 16 announced venues, joint dances organized by the participants themselves took place in numerous other locations.

"A genuine dance of the century took place on the last day of the anniversary year," Maarja-Liisa Soe, head of the program of Estonia 100, said. "I am extremely glad that younger and older people, families and friends alike turned out to dance. Each participant made their contribution for the Estonia 100 initiative Dancing Estonia to get a conclusion to be remembered," Soe said.

The final joint dance of Dancing Estonia started at 3 p.m. at the town squares of 16 cities across Estonia: Tallinn, Tartu, Parnu, Narva, Rakvere, Viljandi, Johvi, Jogeva, Paide, Kuressaare, Kardla, Voru, Valga, Polva, Rapla, and Haapsalu. Steps were taught to all participants at the town squares prior to the event.

The Dancing Estonia initiative is led by the Estonian Dance Agency and public broadcaster ERR in cooperation with the Estonia 100 organizing committee.

On Monday night, the year of the centennial of the Republic of Estonia will end with a New Year's Eve celebration titled 'Full Speed Ahead, Estonia!' in all the 16 cities.