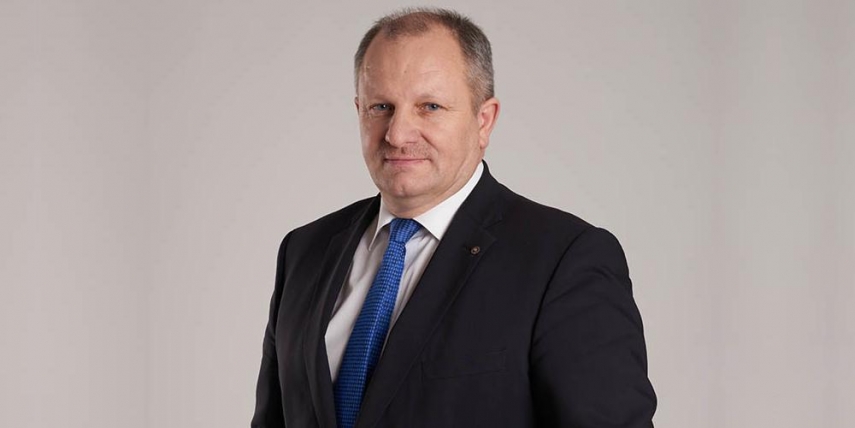 VILNIUS - Remigijus Zemaitaitis, acting head of the Order and Justice Party, has stated that those detained and questioned on suspicion of vote-buying in Silute, in western Lithuania, during the first round of parliamentary elections are not connected to his party, but rather to the Lithuanian Freedom Union (Liberals).

"Based on what the party's representatives managed to find out yesterday, none of the detained and questioned individuals is a member of the Order and Justice and has never been (the party's election) observer. All seven individuals are linked to the Liberals party and have been (their) representatives in the past three elections," Zemaitaitis said at a news conference today.

"Certain things lead one to think that this could be some kind of provocation," he added.

Zemaitaitis also verified that the Liberal party in question was the Lithuanian Freedom Union (Liberals).

Zilvinas Silgalis of the latter party denied all involvement of the group.

"I'm hearing this for the first time. Somebody is bluffing here," he told BNS.

The Order and Justice Party emphasised on Friday that it was distancing itself from the vote-buying incidents and pointed out the inadequacy of talks regarding the party’s removal from the multi-member constituency due to violations.

The suspicions were made public on Thursday by the head of the Central Electoral Commission (CEC) Zenonas Vaigauskas, who noted that Order and Justice's overall results in the nation’s parliamentary elections were now called into question.

"It is my understanding is that the question is both about the multi-member results — the individual candidate and the candidate list. The Silute constituency includes 22,000 voters. Another thing is that the party has over 5,000 votes over the threshold. This has happened in earlier elections ... We will have to evaluate the multi-member voting whether (the Order and Justice Party's member) Kestas Komskis is still a candidate and whether the list remains. I believe questions will be raised by politicians; we will also have to evaluate," Vaigauskas told BNS Lithuania yesterday.

According to the CEC head, the commission's decisions will depend on the results of the pre-trial investigation. The only element unaffected by the probe will be the outcome of the Silute single-member constituency where Komskis finished third and cannot expect to win a mandate.

Rating during the first round of voting on Oct. 9 pulled Komskis' position from second to fourth , and the Order and Justice Party secured 5.33 per cent of the vote, which guarantees it five mandates in Lithuania's 141-seat parliament.

Information provided by the election watchdog states that a party must earn 63,569 votes to cross the 5-per cent threshold in multi-member voting, while Order and Justice secured a total of 67,794 votes, which is only 4,225 votes above the threshold.

The police announced on Thursday that they had detained seven individuals on suspicion of vote-buying in Silute. One of them has been under arrest for 10 days. Sources confirmed to BNS that Komskis, the parliamentary vice-speaker, is also mentioned in the investigation.

Deputy Police Commissioner General Edvardas Sileris verified that votes had been purchased in Silute in favour of Order and Justice. According to Sileris, the alleged vote-buying took place on election day, Oct. 9, but a pre-trial probe had been launched three days earlier.