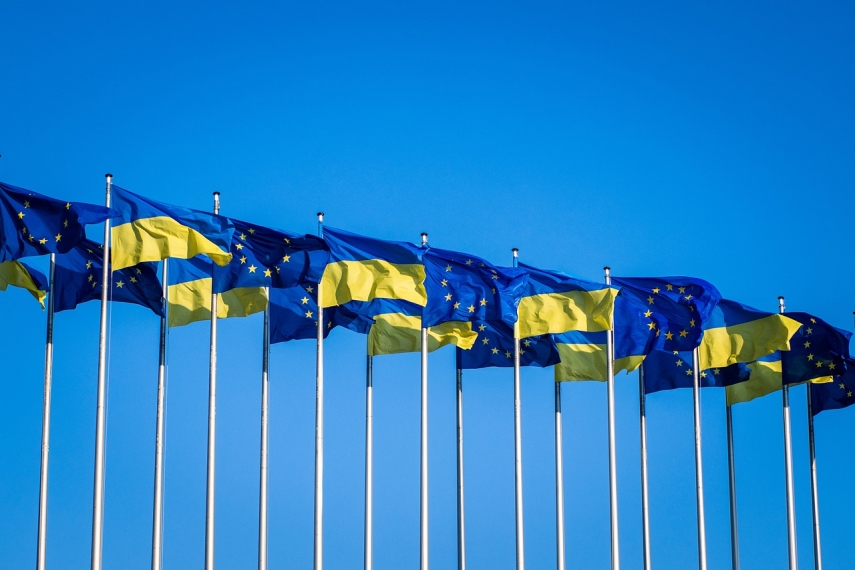 RIGA - The opening of the EU-Ukraine Solidarity Lanes will make it possible to contribute to strengthening the resilience of Ukraine’s economy as well as promoting manufacturing and exports, Foreign Ministry Parliamentary Secretary Zanda Kalnina-Lukasevica (New Unity) said a meeting of the EU Foreign Affairs Council in Prague, Czech Republic.

The meeting focused on the geostrategic importance of trade, especially under the impact of Russia’s aggression against Ukraine, and trade-related support for Ukraine. Much attention at the meeting was paid also to EU-US economic relations.

Kalnina-Lukasevica indicated that it was of special importance to support Ukraine in its economic recovery though the use of the EU’s trade instruments. She called for a timely drafting of the necessary decision on the extension of the trade relief measures granted to Ukraine beyond the end of current period and into the second half of 2023.

In a discussion on the geostrategic importance of trade, the Latvian representative stressed that dependency on one supplier or supply region causes substantial political and economic risks, especially if both sides don’t share similar democratic values. Therefore, incentives must be put in place to diversify trade flows, and a network of EU trade agreements has a vital role to play in the process. In this light, we see the need to expand our network of Free Trade Agreements (FTA) with reliable partners.

Together with her Estonian and Lithuanian counterparts, Kalnina-Lukasevica met with the United States Trade Representative, Katherine Tai. During the meeting, the parliamentary secretary underlined the utmost importance of close transatlantic cooperation and the EU-US Trade and Technology Council (TTC) in the current challenging geopolitical context.

“Latvia welcomes the progress achieved so far in the format of the Trade and Technology Council, and we look forward to strong deliverables in future,” Kalnina-Lukasevica pointed out, with a special focus on cooperation in the matters of technological innovation and security of telecommunication networks, as well as digital skills and technologies.

In the conversation with the US Trade Representative, Katherine Tai, the parliamentary secretary underlined the importance of cooperation between the EU and the United States in providing support for Ukraine and coordinating the sanctions policy against Russia.

The EU Foreign Affairs Council in the format of common commercial policy considers topics concerning the EU’s trade relations with third countries, including trade in goods and services, the commercial aspect of intellectual property rights, international public procurement, and rules governing foreign direct investment. The meetings are presided by the minister for trade of the EU member state holding the presidency of the Council of the EU.