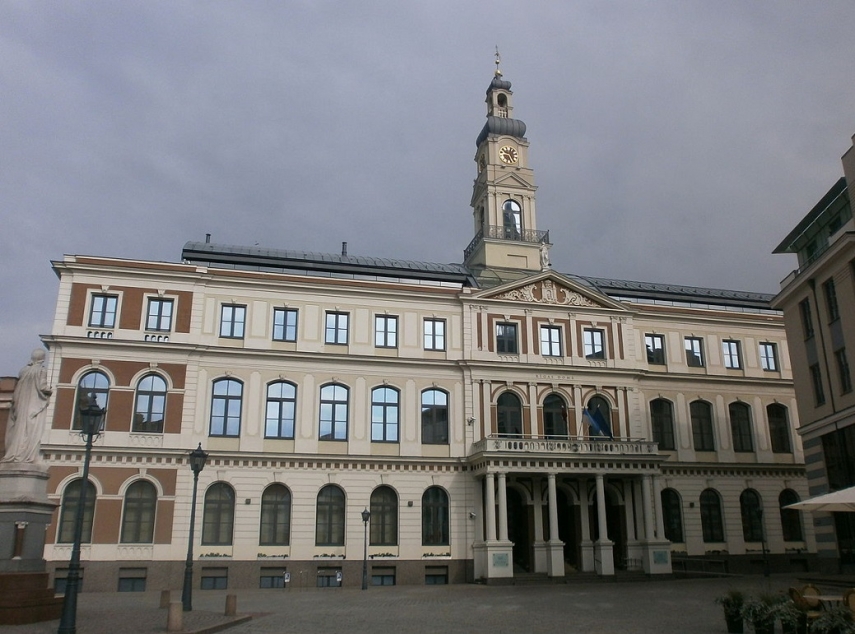 The State Security Service officials spent about half an hour and visited only the office of Roslikovs. The Riga City Council does not have any more information on the situation.

The Latvian public television reported that Roslikovs, accompanied by security officials, left the Riga City Council. According to unofficial sources, also Roslikovs' home had been searched.

Roslikovs is not yet answering his phone calls.

Riga acting mayor Olegs Burovs (Honor to Serve Riga) said that he was present in the searches as provided by the law. At the same time, he did not comment on the case, saying he has signed a confidentiality agreement.

According to the information obtained by LETA, the criminal procedure over incitement to ethnic hatred was launched after learning about controversial leaflets that urged residents to participate in a rally organized by Harmony in downtown Riga. Photographs of the leaflets posted on social networks depicted now suspended Riga Mayor Nils Usakovs (Harmony), wearing prison garb, captured by soldiers in Nazi Germany soldiers' uniforms. Usakovs wears a placard that says: "Because I'm Russian", while swastika on the soldiers' helmets has been replaced by a logo that strongly resembles the logo of National Alliance.

Also, the criminal case might be related with the activities of Facebook page 101.kilometrs. The page frequently posts articles about Latvia as a failed state, including criticism of the ruling politicians and also the Riga City Council.