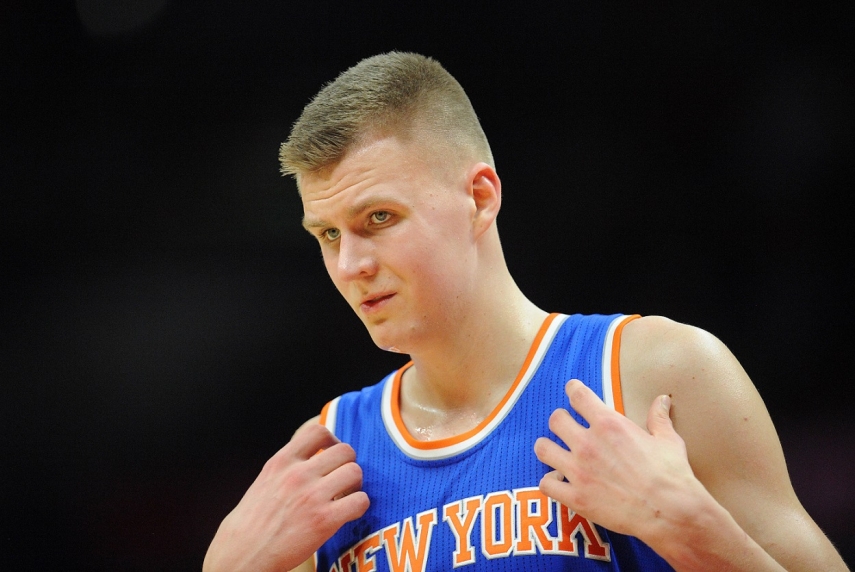 The woman made her stunning allegation against the 23-year-old player on Thursday afternoon — and investigators consider her credible, one high-ranking NYPD source told The Post.

The accuser is “believable,” the source said, despite her not reporting the alleged attack until over a year later, and her admission to police that she discussed getting USD 68,000 in hush money from the multi-millionaire basketball player.

The alleged attack happened Feb. 7, 2018 at the soaring Sky building in Midtown New York, the woman told police at the 10th Precinct stationhouse, the sources told The Post.

The woman — who is in her 20s and also lived in the building — told police the NBA star visited her apartment at around 2 a.m., and that she accepted his invitation to go back to his apartment.

Once inside, the towering 7-foot-3 Porzingis allegedly held her down and raped her, she told cops, according to sources.

The NYPD’s Special Victims Division has taken over the case and is investigating, the sources said.

The woman told police she waited over a year to talk to police because Porzingis allegedly promised to give her money to keep her quiet, the sources said.

She told police Porzingis promised to give her USD 68,000 to pay for her brother’s college tuition, but then reneged, the sources said.

It is unclear if any money ever changed hands between the two.

Porzingis’ current team, the Dallas Mavericks, has been made aware of the woman’s accusation, according to team owner Mark Cuban.

“We have been instructed by federal authorities not to comment,” Cuban told The Post in an email, which he cc’ed to NBA officials and Porzingis’ reps.

Cuban declined to say if the feds have been brought in by Porzingis’ side as part of a counter-claim of extortion.

Porzingis’ reps said they could not comment about the accusation because they have not seen the police report.

A lawyer for Porzingis called the 10th Precinct stationhouse soon after the woman made her allegation there, and was referred to Special Victims, according to a police source, who could not immediately provide the attorney’s name.

Porzingis' attorney, Roland G. Riopelle, issued a statement to ESPN on Saturday afternoon saying that they have been aware of the investigation for months.

"We are aware of the complaint that was made against Mr. Porzingis on Friday and unequivocally deny the allegations,” Riopelle said in the statement. “We made a formal referral to federal law enforcement on December 20th, 2018, based on the accuser's extortionate demands. We also alerted the National Basketball Association months ago and they are aware of the ongoing investigation of the accuser by federal law enforcement. We cannot comment further on an ongoing federal investigation. Please refer any questions to the Federal Bureau of Investigation or the National Basketball Association."

Hours before the alleged attack, the then-Knicks forward tore the anterior cruciate ligament in his left knee.

When Porzingis returned home from his ACL-tear diagnosis, he joined his two brothers and longtime physiotherapist, Manolo Valdivieso, in downing at least one shot of tequila, according to a 23-minute documentary about his rehab.

“I think that night we got back home, we made four shots,” his brother and agent Janis Porzingis said.

“The shock moment. I would say lasted for a day and half,” Janis added.

“When you know those things happen, you never think it’s going to happen to him. It’s a shock. You can’t believe that’s happening actually.”

Porzingis was traded to the Mavericks on January 31.

Asked if they’d been made aware of the rape allegation, a Knicks spokesman said: “This is Kristaps’ personal matter and not related to the Knicks.”