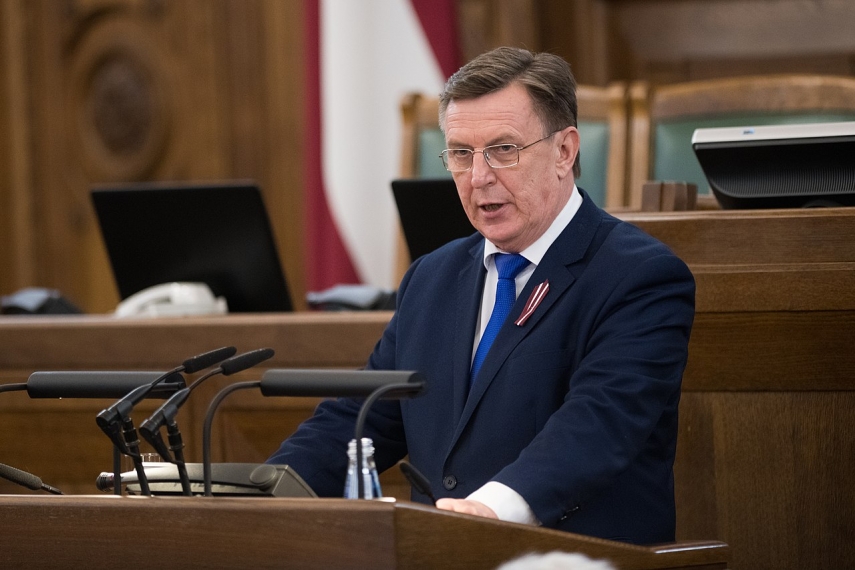 RIGA - The declaration which is being drafted by Latvia’s would-be Cabinet under the leadership of prime minister nominee Krisjanis Karins (New Unity) will contain nothing of the promises political parties have to voters prior to the last Saeima elections, outgoing Prime Minister Maris Kucinskis (Greens/Farmers) believes.

In an interview with LNT TV channel on Wednesday the outgoing premier described New Unity party’s approach as correct in principle because if each party was allowed to include their unrealistic promises in the declaration the new coalition would immediately collapse but now potential disagreements are being postponed, for instance, until the government gets to work on the government budget.

Maris Kucinskis voiced hope that as it tackles reforms the next government will not scrap the planned state health insurance system as a failure to launch it would be almost criminal.

Kucinskis also believes that dealing with the IT glitch preventing the launch of the system should take one and not five months.

The outgoing premier also hopes that health minister nominee Ilze Vinkele (For Development/For) will be sensible enough to not “sweep everything under the carpet”.