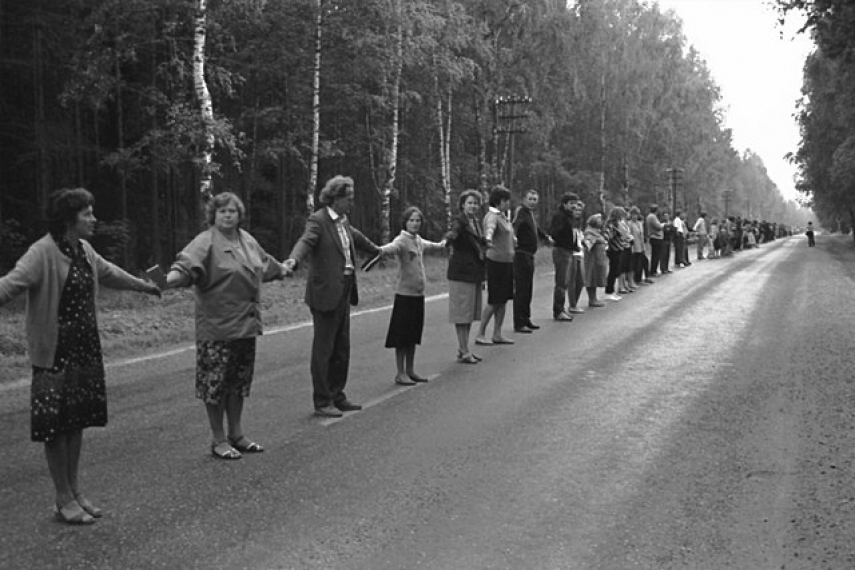 VILNIUS – No historic peripeteia will ever erase the symbolism of the Baltic Way , and the unity the Lithuanians, Latvians and Estonians demonstrated back then is not a myth, Speaker of the Lithuanian Seimas Viktorija Cmilyte-Nielsen says.

"The pursuit of freedom and democracy that brought people together to form a human chain showed to the world that we, residents of the Baltic states, do not want to remain under the oppression of a totalitarian regime. Civic consciousness and activeness prevented the occupying country from suppressing the pursuit of freedom and allowed us to reach the end point of independence," she said.

"Today, we continue to show that unity is not a myth as we face new threats from the East and we once again support each other. No historic peripeteia will erase and change the symbolism of the Baltic Way," Cmilyte-Nielsen said in her message of congratulation.

On August 23, 1989, over a million people formed a human chain spanning Lithuania, Latvia and Estonia to demand an end to the Soviet occupation of their countries.

The Baltic Way has become a symbol of non-violent liberation elsewhere in the world.