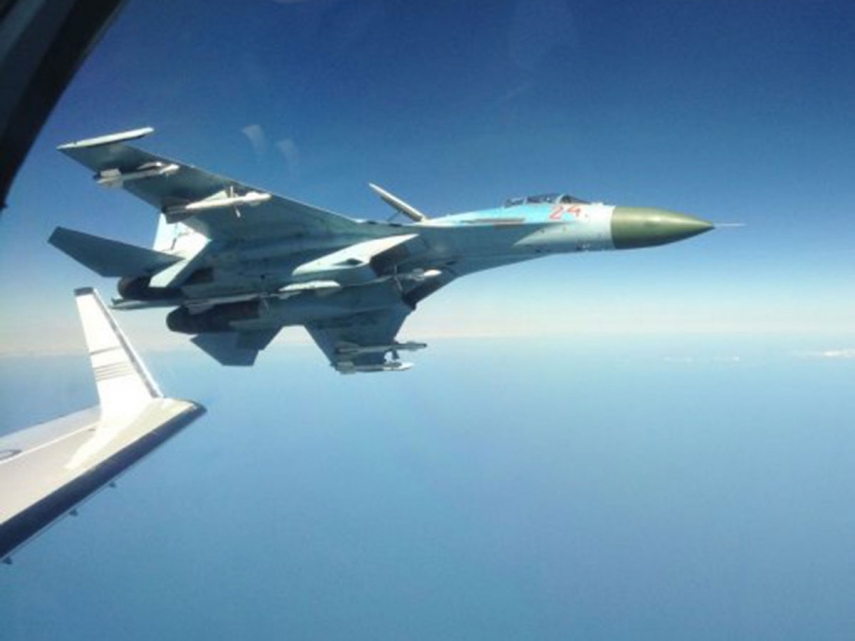 A Russian fighter jet under escort over the Baltic Sea [Image: independent.co.uk]

The Latvian Armed Forces have confirmed over the 24 hours between June 16-17, five Russian military aircraft and four warships near Latvian waters and airspace.

On June 17, two Tupolev TU-22M bombers were spotted, as were another two MiG-31s.

Since January 2015, the Russian military units operating near Latvian territory have been spotted 61 times so far. In 2014, a total of 250 were spotted, including 50 cases of Russian naval craft approaching the country’s borders.

It is believed the Saber Strike joint military exercises taking place at present in Latvia, Lithuania and Estonia between NATO troops and their allies, are the reason for the increased Russian military activity.

The Saber Strike exercises began on June 8 and will finish on the 19th, with more more than 6,000 soldiers taking part.