THE EU IS THIS WAY, FOLLOW ME: President Dalia Grybauskaite meets President Viktor Yanukovych at the Lithuanian Presidential Palace in Vilnius on Oct. 14. Yanukovych asked Lithuania to assist in Ukraine’s integration towards the EU.

VILNIUS - On Oct. 14, Ukrainian President Viktor Yanukovych made his first official visit to Lithuania. Yanukovych is the favorite face of Western political scientists studying the post-Soviet era. Many of them call Yanukovych as ‘pro-Russian’ and accuse him of having authoritarian tendencies. There is some truth in such statements. However, the mosaic of the Ukrainian nation is rather different from authoritarian Belarus or Russia which is just slightly more liberal than Belarus and therefore, Ukraine is still a democracy. Yanukovych is not any more ‘pro-Russian’ than notorious Alexander Lukashenko who recently became enemy No. 1 for the Kremlin.

Integration into the EU remains one of the main goals for Ukraine (the realistic perspective for achievement of this goal could be some 20 years) though the goal of joining NATO is abandoned. There are hopes in Ukraine that Lithuania will assist Ukraine in this integration towards the EU. Anyway, some concern about the freedom of speech in Ukraine was expressed to Yanukovych in Vilnius. It is quite significant that during the joint press conference of Lithuanian President Dalia Grybauskaite and Yanukovych in the Lithuanian Presidential Palace, the words “Russia” and “NATO” were not mentioned at all.

During the press conference, Yanukovych was wearing headphones because, despite the more than two centuries-long occupation of Ukraine by Lithuania in the late Middle Ages, Lithuanian is really not the most popular language in Ukraine, while Grybauskaite needed no headphones – knowing both Russian and Polish, the Ukrainian language which is kind of a mixture of the earlier mentioned languages, is easy to understand.

“Today, Ukraine is ready to integrate into the EU, as far as it is suitable for Europe,” Yanukovych said.
“I expressed the opinion, which started to emerge in some European states, about the quality of reforms [in Ukraine]. The president did answer a big part of my questions. I stated once again that Lithuania will be able to assist Ukraine in case Ukraine will do its homework and will be an open country protecting human rights and freedom of the media,” Grybauksaite said.

Commenting on the freedom of the media issue, Yanukovych spoke a little bit weirdly stating that the Ukrainian media is now free to write about former Ukrainian leaders who “were embezzling in the Ukraine for many years”.
Although the Ukraine’s pace towards the EU became slower recently (Ukraine is not hurrying to sign the free trade agreement with the EU due to fear of competition for Ukraine’s producers), Ukraine keeps moving towards Europe because it is in the interest of businesses of Ukraine’s oligarchs. Concerning cooperation with Lithuania in the direction of Ukraine’s integration towards the EU, Yanukovych said, “We agreed that Lithuania will not only support Ukraine, but will also provide practical assistance to our institutions and officials dealing with these issues which is advice in asserting of quality, effective mechanisms that will contribute to Ukraine’s European integration.”

“I wish Ukraine - as it negotiates with the European Union - to go the same way of structural reforms as Lithuania did. To achieve a deeper European integration, Ukraine must prepare successfully for the conclusion of a free trade agreement and later the association agreement with the EU. Lithuania is ready to help Ukraine to get closer to the European Union by sharing its experience, resources and support,” Grybauskaite said.

Both presidents also spoke about economic relations. Lithuanian investors in Ukraine complain about Eastern-style corruption and bureaucracy there. For example, Arvydas Avulis, owner of the Hanner company specializing in building skyscrapers, complains that after a deal in Ukraine, his company gets paid to its account in a bank in Ukraine and the money can only be transferred to Lithuania after a year due to weird Ukrainian regulations. Yanukovych promised to fight corruption and bureaucracy in Ukraine during the press conference in Vilnius.

Yanukovych said that current turnover between the two countries is too small, some $450 million (350 million euros), even despite the fact that this year it has grown 52 percent. “We should set at least $1 billion as our target. And it is real. I think we can do it,” he said.

“Efficient functioning of the Viking train [Klaipeda-Odessa] would attract more freight from Caucasus, Turkey and Nordic countries, which are already showing interest in such possibilities. We discussed with the Ukrainian president the problems that have emerged [too long customs procedures], and agreed to make joint efforts to solve them so that the Viking project could produce maximum benefits,” Grybauskaite said.

Both presidents said their countries intend to start talks with Belarus about the possibility of importing electricity and other energy resources from Ukraine to Lithuania through Belarus. Such plans for electricity import already existed for 2009 but then Belarus refused to allow such electricity transit via its territory. “It was not some fault of Ukraine,” Grybauskaite said.

Yanukovych also met in Vilnius with Lithuanian Parliamentary Speaker Irena Degutiene and Lithuanian Prime Minister Andrius Kubilius. The latter advised Yanukovych to respect opposition in Ukraine and promised to share Lithuania’s EU knowledge with Ukraine. At the Antakalnis Cemetery in Vilnius, Yanukovych laid flowers at the monument for civilian victims of the USSR army tanks’ attack on the Vilnius TV tower during the unsuccessful Kremlin-organized pro-Soviet coup against independent Lithuania on Jan. 13, 1991. He also laid flowers at the nearby grave of recently deceased former Lithuanian President Algirdas Brazauskas. The first flower laying is a must for all foreign dignitaries visiting Lithuania while the second is optional.

The Yanukovych visit to Lithuania attracted some additional attention in Lithuania due to some sentiments in Lithuania for its former lands which is the common feature to all former empires. In fact, Lithuania gave birth to the Belarusian and Ukrainian nations – they developed their separate identities from the Russians being separated from Russia by the Lithuanian Grand Duchy. Lithuania was a rather tolerant empire, which, although it demanded loyalty to Vilnius and imposed its administrators in new territories, was not exporting its language or religion to lands of other ethnic groups and therefore, there are now only good memories about the Lithuanian rule in Ukraine. In 1569, Lithuania, after signing the commonwealth treaty with Poland, passed Ukraine to Poland and then Ukraine developed its separate identity from Belarus which remained under the control of Lithuania.

It is symbolic that during the Yanukovych visit in Vilnius, a team of 10 enthusiastic Lithuanians, riding all the way from Lithuania on Lithuanian breed Zemaitukas horses, and all the way greeted by the locals in Belarus and Ukraine, reached the Black Sea to pay tribute to the former Lithuanian empire. 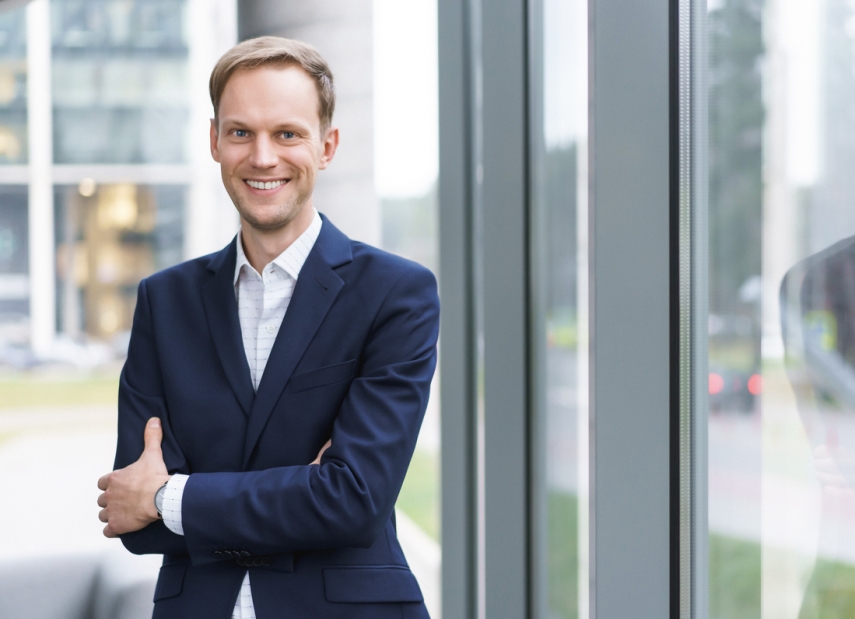 VILNIUS TECH Vice-Rector Adas Meskenas: “Our strategy until 2030 is very short, yet with clear moon shots – be among the very best”