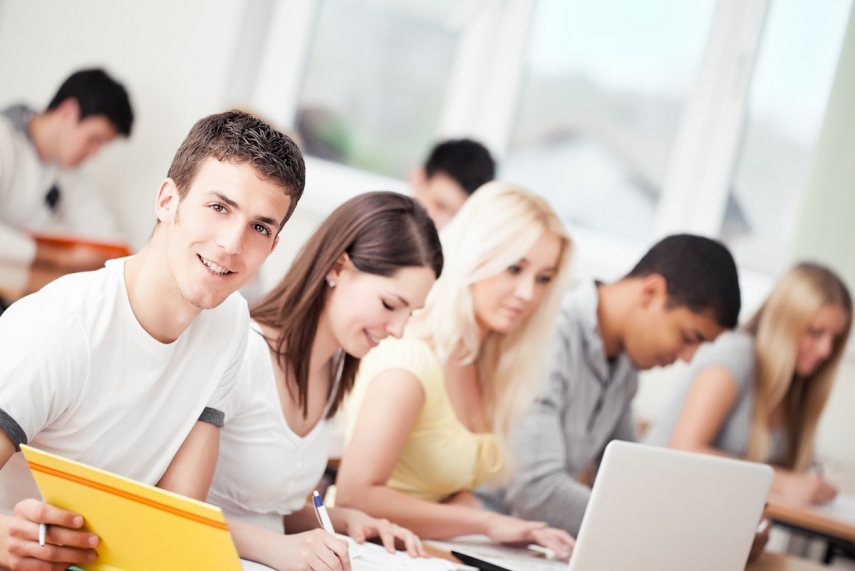 TALLINN - Latvia has introduced a law banning the provision of higher education taught in the Russian language, which is now directing students from former Soviet republics to come study in Estonia.

Kristina Piliste, chief specialist of the national initiative Study in Estonia that coordinates the international marketing of Estonian higher education, said that the admission of students from former Soviet Union countries in fall of 2018 increased by over a third than before. "The final figures of the academic year that just started have not been drawn up yet, but interest remains high," Piliste said.

According to the specialist, the highest numbers of students coming to Estonia from former Soviet republics are from Russia, Ukraine, Georgia and Latvia. "More systematic marketing efforts have also been made towards these countries both by the universities themselves and by Estonia's higher education cooperation platform Study in Estonia," Piliste said.

Kristjan Oad, general manager of the Estonian Entrepreneurship University of Applied Sciences (EUAS), the only one to offer Russian-language bachelor's and master's studies in Estonia alongside Estonian-language and English-language studies, said that the number of candidates from former Soviet republics to Mainor rose by approximately a half last year and has increased as much this year as well. "A law came into effect in Latvia according to which higher education can only be provided in the official languages of the European Union. Essentially, this means banning Russian-language higher education," Oad said.

"Latvia falling from competition may have quite a strong impact on the Estonian education market. There are approximately 5,000 students studying in the Russian language in Latvia and some of them will now come to study here for their own money," Oad added.

"This year, candidates have applied foremost from Ukraine and Russia, but also from Kazakhstan and Kyrgyzstan, for example. For many, this means the opportunity to acquire European higher education, but in their mother tongue. Many will also start studies on English-language courses, software development, for example. Admissions are still nearing completion, but at the moment, Russian-language master's programs in strategic management and web technologies are by far the most popular," Oad said.

In January of this year, a law entered into force in Latvia according to which institutions of higher education are now allowed to admit any new students on courses that have Russian as the language of study. The existing Russian-language courses must be closed by Dec. 31, 2022.