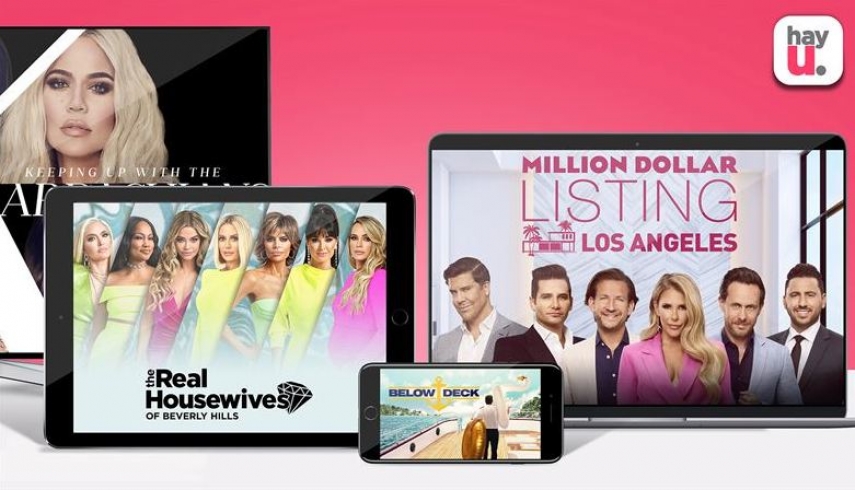 - Hit global franchises available on Viaplay to include ‘Keeping Up With the Kardashians’, ‘The Real Housewives’ and ‘Below Deck’

Nordic Entertainment Group (NENT Group) and NBCUniversal have agreed a multi-year deal that makes NENT Group’s Viaplay streaming service the first platform partner for hayu, the all-reality streaming service, in Poland, Estonia, Latvia and Lithuania. As a result, many of the world’s most popular reality shows will be available to viewers in all four countries from autumn 2021 as part of a Viaplay subscription.

The agreement includes the latest seasons and every episode of international reality shows such as the ‘Keeping Up With the Kardashians’, ‘Below Deck’, ‘Million Dollar Listing’ and ‘The Real Housewives’ franchises. The service offers extensive choice from a wide variety of unscripted sub-genres including celebrity, lifestyle, home and design, dating, cooking, fashion and true crime.

In the first year of the partnership, more than 1,000 episodes will be available in a hayu branded area on Viaplay, and the majority of new hayu shows will premiere on Viaplay on the same day as their US broadcast.

Filippa Wallestam, NENT Group Chief Content Officer: “Reality formats deliver emotion, drama and fan loyalty that rival content in any category. Globally known hayu shows such as ‘Keeping Up With the Kardashians’ and ‘The Real Housewives’ will find an enthusiastic audience in Viaplay’s four newest countries, where our one-of-a-kind combination of Viaplay Originals, international films and series, kids content and live sports is already shaping an exciting new reality for the streaming market.”

Hendrik McDermott, Managing Director, Direct To Consumer – Global, hayu: “Europe continues to be a key focus in hayu’s ongoing growth strategy and this exciting partnership with NENT Group – our first platform partner in Poland, Estonia, Latvia and Lithuania – makes it even easier for Viaplay subscribers to access hayu’s extensive offering of the best US reality content, ad free.”

Viaplay launched in Poland in August 2021 and in Estonia, Latvia and Lithuania in March 2021. In all four countries, the service offers a unique combination of Viaplay Originals, international films and series, kids content and premium live sports.

Nordic Entertainment Group AB (publ) (NENT Group)’s Viaplay streaming service is available in Sweden, Denmark, Norway, Finland, Iceland, Estonia, Latvia, Lithuania and Poland. Viaplay will launch in the US in 2021 and the Netherlands and the UK in 2022, followed by Canada, Germany, Austria and Switzerland by the end of 2023. We operate streaming services, TV channels, radio stations and production companies, and our purpose is to tell stories, touch lives and expand worlds. Headquartered in Stockholm with a global perspective, NENT Group is listed on Nasdaq Stockholm (‘NENT B’).

Shows and episodes are downloadable to watch-on-the-go, including Keeping Up With the Kardashians and its spin-offs – along with The Real Housewives, Below Deck and Million Dollar Listing franchises. The majority of US shows debut on the service the same day as their US launch.