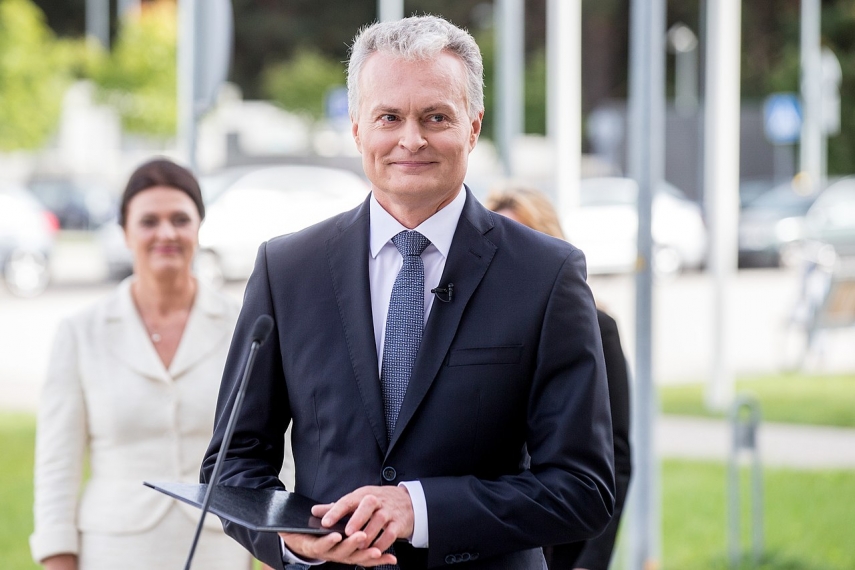 VILNIUS – Incumbent Lithuanian President Gitanas Nauseda is predicted to make it into the runoff of the upcoming presidential election in Lithuania, public opinion polls show. While four other politicians are named as his most realistic rivals, according to the results of the Vilmorus and Norstat LT surveys published by the 15min.lt news website on Thursday, two years before the 2024 presidential vote.

The polls present the TOP-5 of the politicians with the most realistic chances of making it into the presidential election runoff and they include Nauseda, Saulius Skvernelis, Lithuania's former prime minister and now leader of the Democrats "For Lithuania", Speaker of the Seimas Viktorija Cmilyte-Nielsen who leads the Liberal Movement, Vilija Blinkeviciute, leader of the Social Democratic Party of Lithuania, and also Prime Minister Ingrida Simonyte.

Both surveys show Nauseda is expected to get into the presidential runoff, and Cmilyte-Nielsen is named as having the lowest chances of doing so.

According to the Vilmorus poll, Nauseda leads the list (21.1 percent of respondents would vote for him), followed by Blinkeviciute (11.9 percent), Skvernelis (10.6 percent), Simonyte (8.7 percent) and Cmilyte-Nielsen (4.6 percent).

In the Norstat LT survey, Simonyte would receive 22 percent of respondents' votes, followed by Nauseda with 16 percent, Skvernelis with 7 percent, Blinkeviciute with 6 percent and Cmilyte-Nielsen with 4 percent.

Vilmorus surveyed 1,000 Lithuanian adults during face-to-face and telephone interviews. And Norstat LT carried out an online survey of 18-74 year olds.