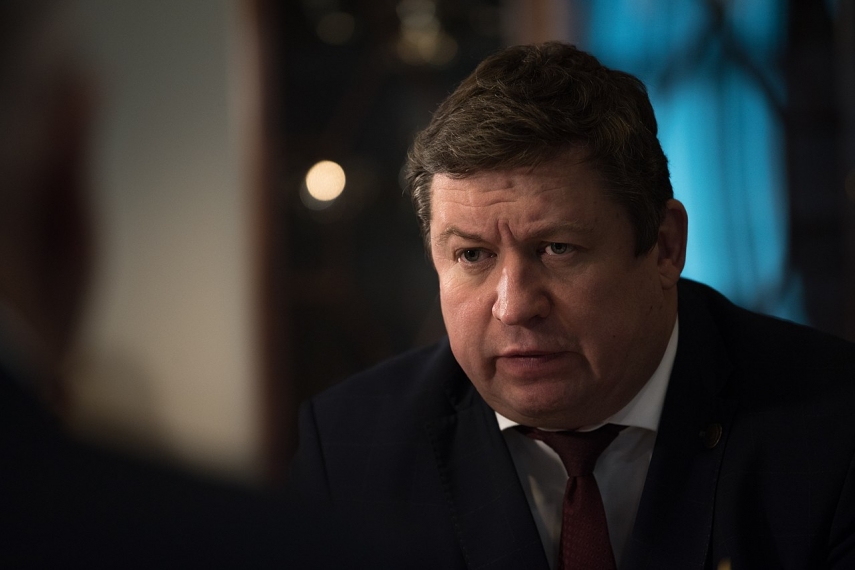 According to the minister, it remains unclear if a compromise will be found during the two-day NATO summit in London that started on Tuesday.

"Earlier or later, during this meeting or later, of course we will find the solutions. We see the progress," Karoblis said during a conference on the future of the Alliance in London on Tuesday night.

In response to a BNS question, the minister underlined that NATO has plans on how to defend the Baltic states but they were updated to be more detailed.

Turkey is the only NATO ally refusing to back the NATO defense plan for the Baltic states and Poland, until it is agreed on a similar plan for Turkey.

Turkey has made a much disputed demand to have Kurdish fighters in northern Syria labeled as terrorist groups, despite them being appreciated in the West for their contribution to fighting the Islamic State.

Karoblis underlined that it's not the first time positions of NATO countries differ but he has no doubt that a compromise will be found now, just as it was done earlier.

"NATO is an alliance of 29 countries, nationally their positions from time to time differ. The beauty of the Alliance is that we find the solution. I am sure that also we will find a solution earlier or later on this issue too," Karoblis said, speaking at the conference "NATO Engages. Innovating the Alliance".

The minister also said during the discussion that Lithuania needs not only more detailed planning on how to defend against the "existential external threat" posed by Russia but also needs more of NATO exercises and air defense capabilities.

"For Lithuania, Russia is the only existential external threat which we have. If the country does not respect international obligations, independence, sovereignty, territorial integrity of other countries, it means that it's a real threat," Karoblis said.

The Lithuanian defense minister said he could not agree with French President Emmanuel Macron's proposal to focus on fighting terrorism and not on Russia, adding that NATO needs to take care of all threats.

"We need to cover all areas where NATO sees threats. They include Russia, terrorism and strategic competition with China," Karoblis said.

Lithuanian President Gitanas Nauseda said earlier he could discuss the defense plan issue with his Turkish counterpart Recep Tayyip Erdogan directly, with a meeting being arranged yet.

Nauseda said earlier the so-called "silence procedure" during which allies can raise their objections was extended until Dec 13.

"The discussions are ongoing all the time. Obviously, there are opportunities during the summit to attempt to find a compromise. If we do not find a compromise here, we hopefully will find it a bit later," Luik said in response to a BNS question.