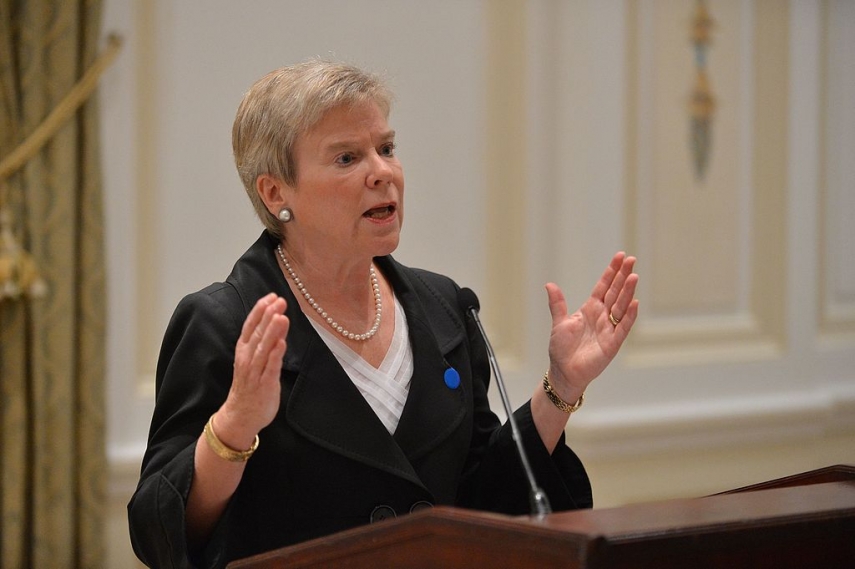 On February 1, Gottemoeller will visit Adaži military base in central Latvia and meet with troops of the Canadian-led NATO battlegroup.

On February 2, the NATO Deputy Secretary General will meet with the State Secretary of the Latvian Defense Ministry, Janis Garisons, to discuss the current regional defense and security situation and the NATO enhanced Forward Presence battlegroup in Latvia.

During the second day of her visit to Latvia, Gottemoeller is scheduled to meet also with Latvian Foreign Minister Edgars Rinkevics (Unity), the chairman of the parliamentary committee on foreign affairs, Ojars Kalnins (Unity), and the Director of the Riga-based NATO Strategic Communications Centre of Excellence, Janis Sarts.

On February 2 the NATO Deputy Secretary General will deliver a public lecture at the Riga Graduate School of Law entitled "NATO's adaptation: key to peace and security".

Gottemoeller took up her position as NATO Deputy Secretary General in October 2016, after serving nearly five years as the Under Secretary for Arms Control and International Security at the U.S. Department of State.