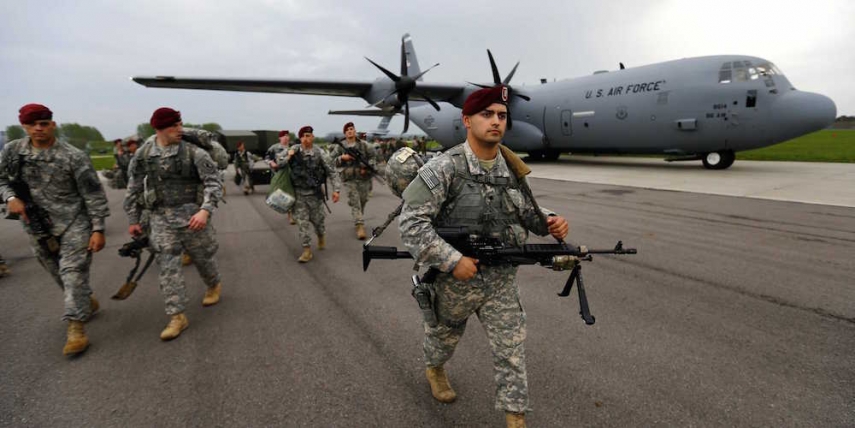 "NATO countries are discussing increasing the number of troops stationed in members bordering Russia and putting them under formal alliance command, as part of a new effort to deter aggression from Moscow," the newspaper reported.

Under one plan, NATO would have a battalion in Poland and each of the three Baltic states, with roughly 800 to 1,000 soldiers in each unit. A more modest version would have a single NATO battalion in the area.

The daily stresses that while the U.S. and other allies are supportive, German officials in particular have expressed reservations, telling their allies in private discussions that they do not want to treat Moscow as a permanent enemy or lock it out of Europe, despite the frictions over Ukraine and other provocations.

NATO officials say Berlin is unlikely to back the biggest deployment, but could support the more modest increase.

Responding to these reports, the Kremlin repeatedly warned that further expansion of NATO presence near Russian borders may have negative consequences.

Asked by reporters to on comment on the article published by The Wall Street Journal, Kremlin press secretary Dmitry Peskov said: "This is the same advancement of NATO and its military infrastructures towards our borders; this is not a new phenomenon, and we have been saying for a long time that it is undesirable and may have dangerous consequences."

In April 2014, as an answer to Russia's aggression against Ukraine, the U.S. sent company-sized units to the Baltic countries and Poland.

In 2014, the alliance approved a "readiness action plan" aimed at reassuring its eastern members that NATO would come to their defence in the event of a conflict with Russia.

This included the creation of a rapid-reaction force and small command posts  in six eastern European countries.

Poland, Estonia, Lithuania and Latvia have all requested that NATO increase its presence to deter Russian aggression. Poland's new government has also stated it would renew the push for a permanent allied base.