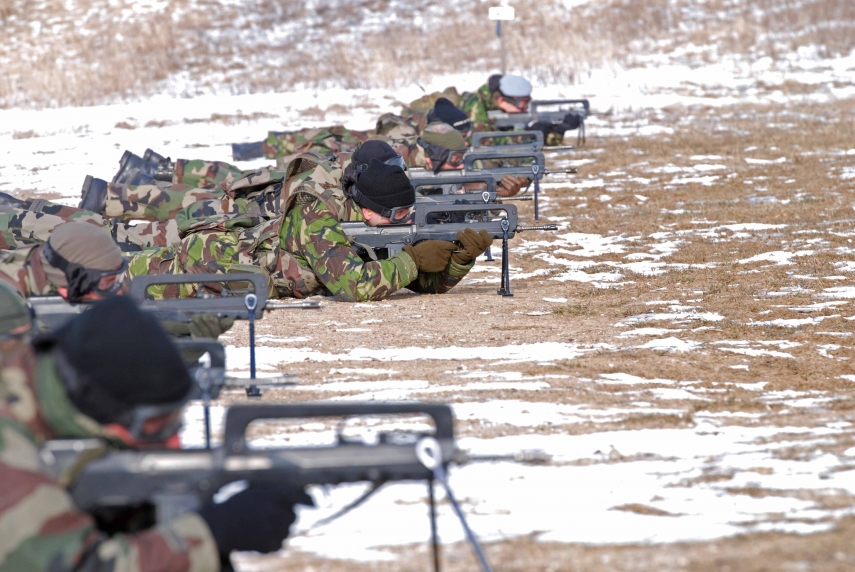 RAPID RESPONSE: NATO can now have an active military force on the ground in the Baltics within 48 hours.

RIGA - NATO commanders have given the green-light for the creation of rapid-response force command and control centres in the Baltics and three other countries, National Armed Forces Commander Raimonds Graube confirmed to Latvian Radio.
According to the portal lsm.lv, this means that a new unit will be set up in Latvia, and this unit will man and operate the new command and control centre. The unit will be responsible for logistics and organisational exercises, as well as receiving rapid-response forces in crisis situations.

NATO already has a rapid-response force model in place, however, after Russia’s aggression in Ukraine — as well as serious concerns expressed by the Baltics and other countries regarding security — NATO has agreed to establish a rapid-response force, which would quickly be able to deploy to any NATO member state which is under threat.
Thus, the alliance has agreed to the creation of six command and control centres in Latvia, Lithuania, Estonia, Poland, Romania and Bulgaria.

Graube told Latvian Radio that the cost of the creation of such a unit is still being calculated, and that a portion of the unit would also be made up of allied soldiers.
NATO commanders have agreed in principle to the creation of such command and control centres, but on February 5 the defence ministers of alliance members will have to sign off on them during a meeting. Latvia will be represented by Defence Minister Raimonds Vejonis of the Greens and Farmers party.

Meanwhile, NATO has detected signs of heightened Russian involvement in fighting in parts of eastern Ukraine, the alliance’s top military commander said on Thursday Jan. 22. U.S. Air Force General Philip Breedlove, NATO’s supreme allied commander in Europe, said fighting connected to the pro-Russian separatist uprising was now more intense in some places than it had been before September’s Minsk ceasefire agreement. Breedlove told a news conference after a meeting of NATO defence chiefs that military leaders would try to re-establish contact with their Russian counterparts, broken off amid tensions over Ukraine, Reuters news agency reports.