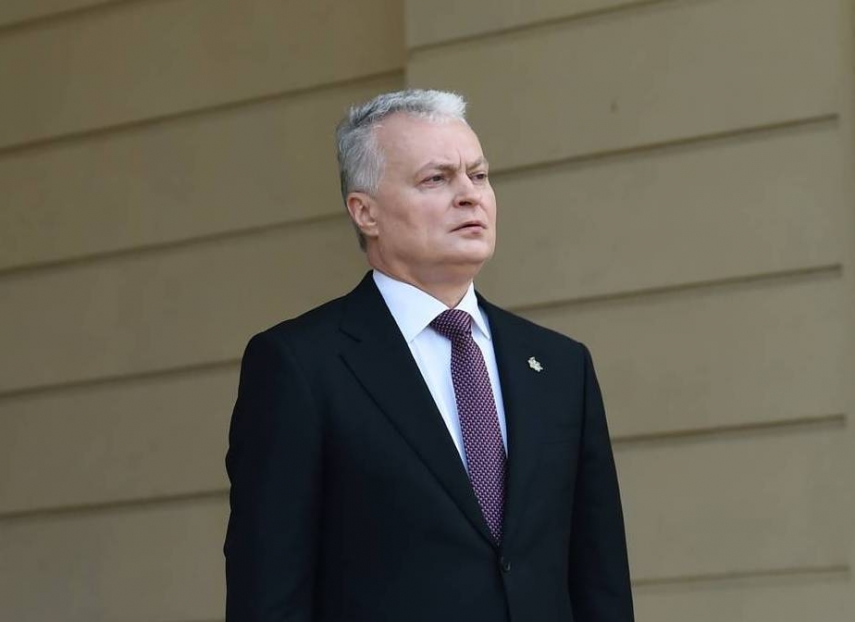 VILNIUS – Lithuanian President Gitanas Nauseda welcomed the third joint declaration signed by NATO and the European Union on Tuesday, saying that it sends a strong message of transatlantic unity.

"It sends a strong message of transatlantic unity: close cooperation, coordination of actions and mobilization of resources between NATO and the EU is essential for strengthening our indivisible security and defense," the president said.

"NATO must remain the cornerstone of collective defense to ensure the security of the European Union," he added.

The declaration, signed by NATO Secretary General Jens Stoltenberg, European Council President Charles Michel and European Commission President Ursula von der Leyen, reaffirms the strategic partnership between NATO and the EU and commits to taking their partnership "to the next level".

The document also "condemns in the strongest possible terms Russia's aggression" in Ukraine and calls on the Kremlin to "immediately stop this war and withdraw from Ukraine".

It says that Russia's aggression poses "the gravest threat to Euro-Atlantic security in decades" and highlights new areas for EU-NATO cooperation.

Russia's invasion of Ukraine has upended the European security order and prompted calls for closer cooperation between the EU and NATO on the security of the continent.

The two organizations agreed that NATO, backed by US military power, remains the bedrock for Europe's security despite attempts by the EU to boost its role in defense.

The joint declaration, the first since 2018, makes it clear that "NATO remains the foundation of collective defense for its Allies and essential for Euro Atlantic security".

However, the document says that "we recognize the value of a stronger and more capable European defense that contributes positively to global and transatlantic security and is complementary to, and interoperable with, NATO".