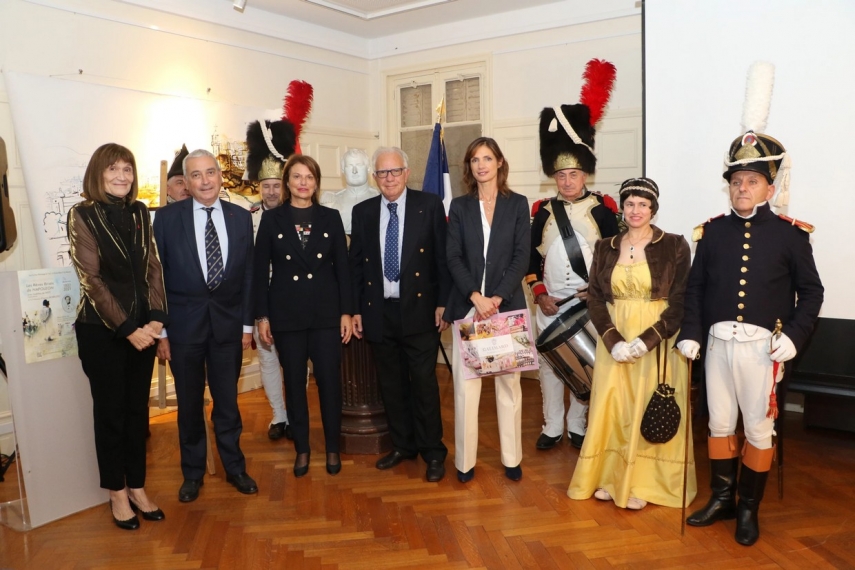 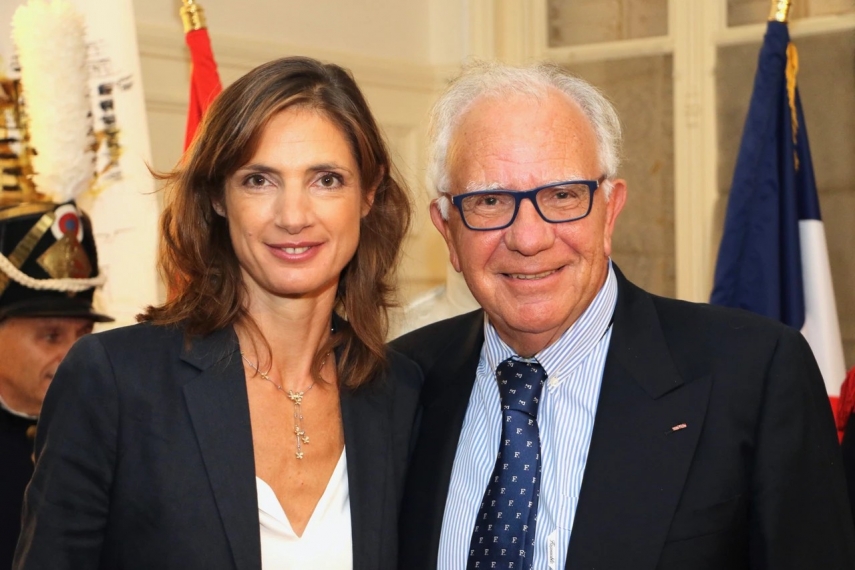 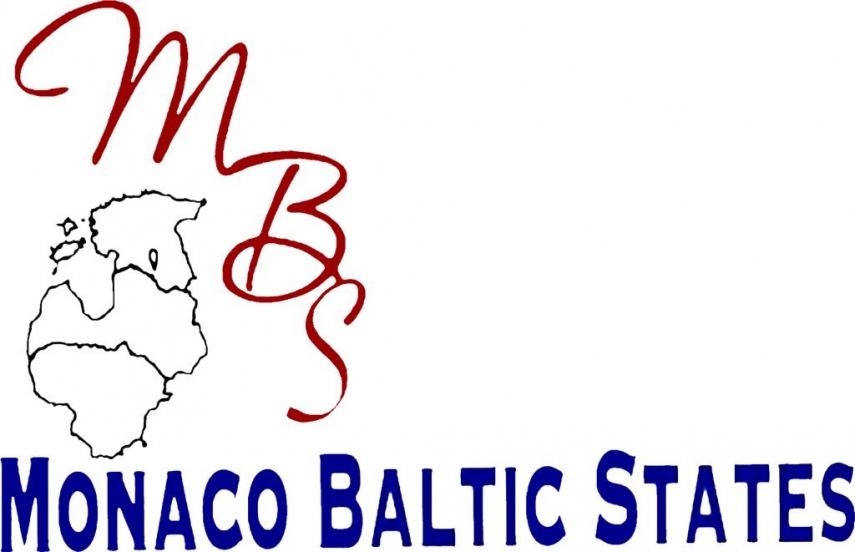 Napoleon had an extraordinary destiny: from General to Emperor of the French, warlord but also legislator and architect of a European vision.

In its conception, in accordance with the principles of Liberty, Equality, Fraternity that the French Republic propagated in the world, the peoples had to escape the feudal yoke of the absolutist sovereigns.  "Napoleon Bonaparte is a part of us," said Professor Borruto at the start of the conference, echoing President Macron's expressions during the May 5 commemoration at the Institut de France.  Napoleon was the broadcaster of the principles of the Republic, more than once threatened by the excesses of revolutionaries.  The weakness of the Directory threatened to overwhelm Napoleon, thus making it difficult to defend his interests and the conquests of the revolution at the same time.  The victory of Jena, October 14, 1806, was certainly a military victory but also a political victory: the enthusiasm of Hegel and his adherence to the ideals of the French philosophers of the Age of Enlightenment ”influenced the entire family of the philosopher.  (born August 27, 1770 in Stuttgart).  His sister, Christiane, became a French teacher, his brother, Ludwig, a volunteer in the Russian campaign, died in action.  Hegel, inspired by Napoleon, designates him as "the soul of the world", gave his foundations to European romanticism.  The Empire was born from the will of the Republic to defend itself against the ardent and tenacious defenders of the Ancien Régime;  united, they form seven coalitions.  Two coalitions attacked France, the others say they are against Napoleon, they do not forgive the "General Vendemmiare" the one who, on 5 October (13 Vendemmiare) 1795, opened fire against the royalists, "the usurper" that in fact  was surrounded by regicidal blasphemies (Talleyrand and Fouché) The allies did not hesitate to use these in order to accelerate the fall.  Napoleon was thus betrayed by his own entourage in Tilsitt then the ups and downs of the war in Vitoria in Spain and in Leipzig in Germany provoked his abdication.  Napoleon is the man who does not hesitate to stifle his own feelings in the name of State reason by divorcing the great love of his life to marry an Austrian and guarantee physiological and heraldic legitimacy to his dynasty.

A son, Napoleon II, was born after a laborious childbirth (born with forceps) to which Laëtitia de Witt has dedicated a book, Grand Prize of the Fondation Napoléon 2020, the Aiglon.

The child, born in 1811, titled King of Rome, was not lacking in gifts.

Admittedly his first education was very careful but, very quickly, the dream that he could one day reign turned into a nightmare.  He was not four years old when foreign armies set foot on French soil and fortune abandoned Napoleon.  The King of Rome was Napoleon II only a few days.  Almost kidnapped on the orders of his maternal grandfather, he was never to see his father again.  Raised as an Austrian under the very distant tutelage of Marie-Louise, gradually deprived of his French entourage, the one who became Duke of Reichstadt (not even Archduke) would spend more than fifteen years in Vienna before dying in 1832 of the "Chest", helpless hostage and often oblivious to maneuvers or even plots against the backdrop of international relations.  Locked in his golden cage, prevented from emancipating himself, frustrated in his aspirations, especially in the military because his fragile health handicapped him, he died at the age of twenty-one.